Buffalo, N.Y. -- No matter where you may be in the United States - or even across the globe - if you are a fan of the Buffalo Bills, you're likely to find a bar or local establishment near you that is officially coined a "Bills Backer Bar".

The Bills' fanbase is, arguably, one of the strongest in the entire National Football League, with "Bills Mafia" often traveling with the team and invading other teams' stadiums. This includes places like Arrowhead Stadium in Kansas City, where the Bills are slated to face the Chiefs this Sunday night in a pivotal AFC Divisional Round matchup.

In Kansas City, there are a couple of popular places where "Bills Mafia" flocks to whenever the Bills comes to town. This includes Al's Bar and Grill, which is an official Bills Backer Bar stationed in Parkville, Missouri. Another popular spot for Bills fans to stop in is Taps on Main in Downtown Kansas City, though they're not officially considered a Bills Backer Bar.

While the Bills may stand out with the amount of Backer Bars associated with the team around the globe, other fanbases also have Backer Bars to their name. This includes the Chiefs, who have Backer Bars in places like Portland, Oregon, Tulsa, Oklahoma, and Fort Myers, Florida.

You can now add Buffalo to the list of places with a Chiefs Backer Bar.

Meet Vinnie Garofalo of Casey's Black Rock on Amherst Street, who owns the only Chiefs Backer Bar in Buffalo.

"I feel there's Bills bars everywhere, every major city, so why not have somebody else bring their fanbase to Buffalo?," Garofalo said ahead of Sunday's big playoff matchup. 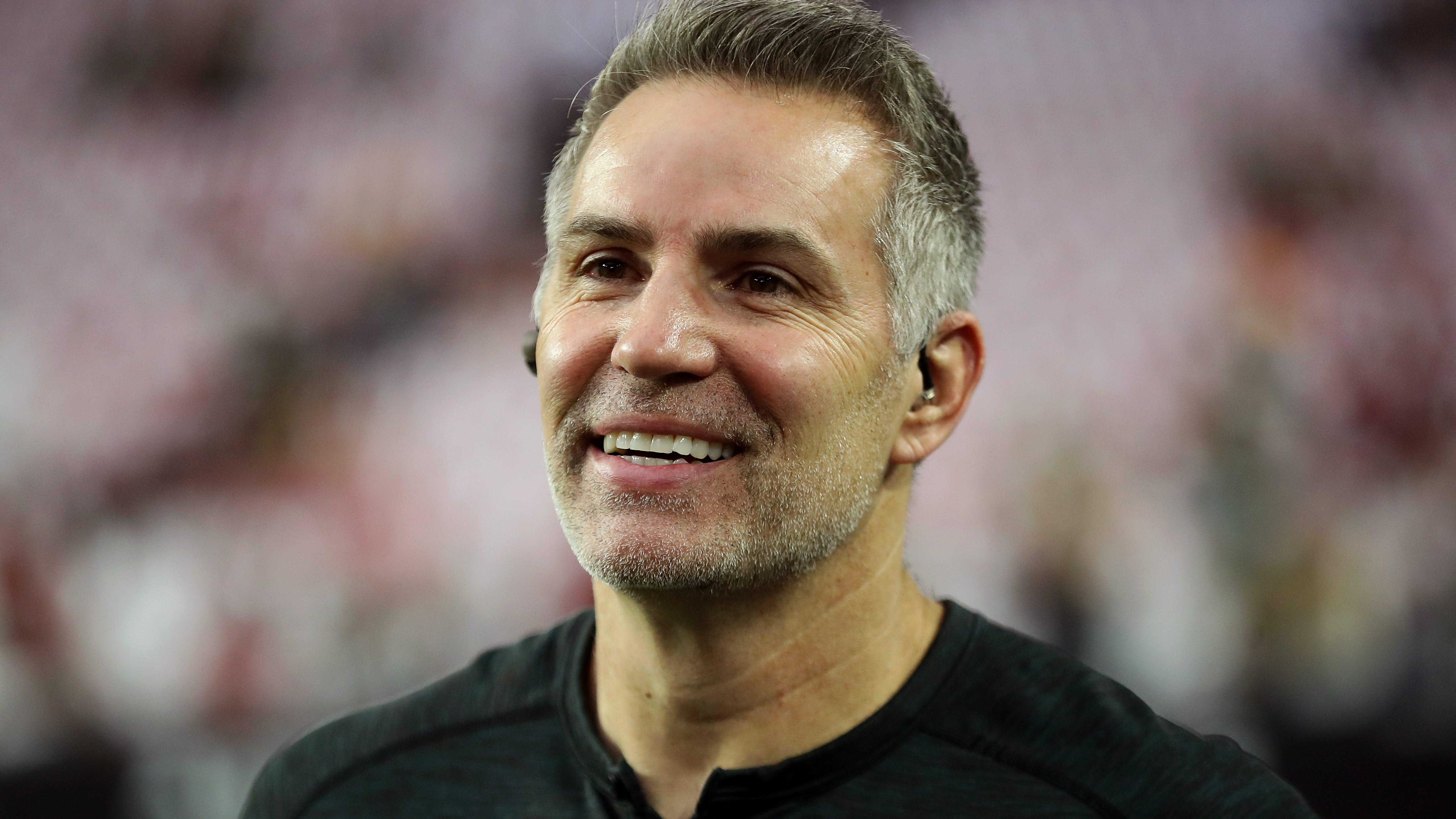 Garofalo was born in the Bronx and moved to Western New York when he was 12-years-old. However, he says that he grew up a Chiefs fan, in large part, because of his father.

"My dad was always a big Joe Montana fan. Huge Montana fan, always heard 'The legend of Montana,'" Garofalo explained. "By time I started watching football in second or third grade, I was like, "Who does he played for now?" And he's like, "Well, it's funny you ask, because he just got traded to the Kansas City Chiefs." So 30 seasons later, here I am, still a Chiefs fan."

It was in 2019 when Garofalo took over Casey's Black Rock and re-opened the establishment as a sports bar and arcade. While Casey's is the home of the only Chiefs Backer Bar in Buffalo, Garofalo insists that his bar supports the Bills, as well. Just maybe not as much whenever the Chiefs are Buffalo's opponent for the week.

"If they're not playing Kansas City, you'll see our bartenders in Bills gear, playing the "Shout Song," cheering for the home team. I just think this week's a little different as the rivalry intensifies," Garofalo said. "It's always been fun, because Bills fans are super gracious. They always have been with us since we've opened. We'd like to think that we have a Chiefs family that comes in, you know, 15-20 guys, but I have a small inclination that we might be outnumbered this week." 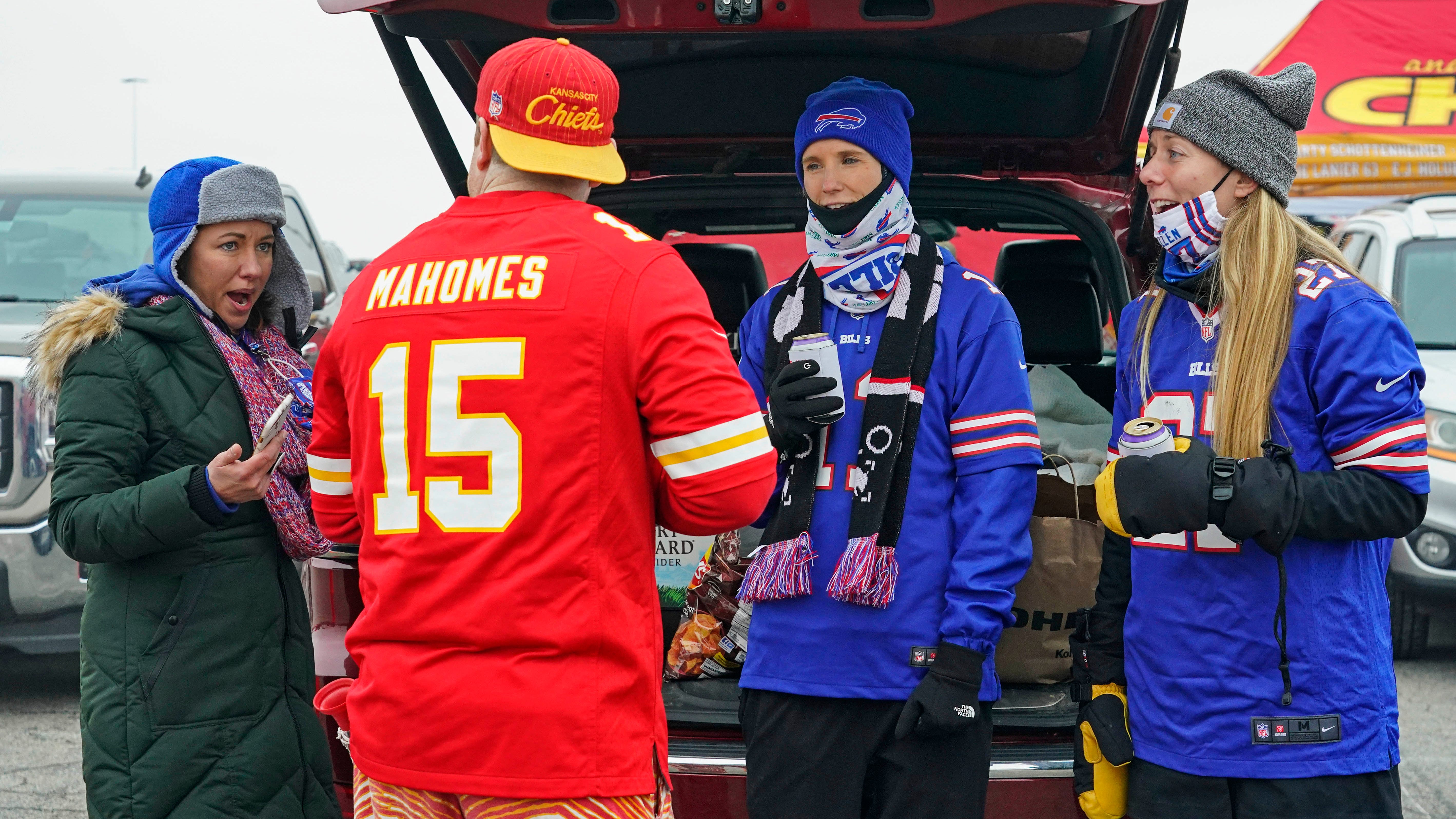 How are people in Kansas City feeling about Sunday's Bills-Chiefs matchup?

Ever since the Bills-Chiefs rivalry started to really heat up a couple of seasons ago, Garofalo says they get the occasional chirp here-and-there from Bills fans who disapprove of the bar being a Chiefs establishment. However, Garofalo says it's all been in good fun.

When Sundays roll around in Buffalo, Garofalo says things get rather entertaining at Casey's, especially when the Bills and Chiefs are playing at the same time.

"We'll kind of give Bills fans the front area of the bar, and our Chiefs family will kind of be in the back room, and we'll just be back-and-forth," he said of the atmosphere. "You'll hear Chiefs songs in the back, you'll hear the "Shout Song" in the front, you'll get customers running back-and-forth, seeing what's going on in each game. It's a whole lot of fun, and I think Sunday will be no different, honestly."

While he acknowledges that this thought may be a bit biased, Garofalo believes this Sunday night, and any other time the Bills play the Chiefs, is the best environment you can get in any establishment in Buffalo.

"Bills fans will tell you they've been in here before for Bills-Chiefs games, we have a lot of fun," Garofalo said. "I'm just hoping to keep the roof on this place after Sunday's game, win or loss either team. But we're doing business as usual. All are welcome."

Usually when the Bills take on the Chiefs, Garofalo says he'd rather be at the game, whether it's in Orchard Park or back in Kansas City. This time around, though, he will be in Buffalo staying back to take in the game at Casey's.

Back in Week 5 of the 2021 season, the Bills were in Kansas City for a "Sunday Night Football" showdown with the Chiefs that saw Buffalo earn a 38-20 win at Arrowhead Stadium. Garofalo joked that while he was in Kansas City for the game, he had about 90 missed calls and texts from Bills fans in the third quarter.

While the Chiefs didn't put up their best performance in Week 5 against the Bills, Garofalo believes that Buffalo will be looking at a whole different Kansas City team this time around.

"They had some key inactives [in Week 5]. No Chris Jones, no Charvarius Ward, our secondary was a little bit different," he said. "I think everyone knows that's a whole different Chiefs team coming into Sunday, and I look forward to seeing the adjustments that they've made from Week 5 to now."

Allen: Chiefs are team 'everyone aspires to be'

Like many other people around the football world, Garofalo is most looking forward to seeing another epic showdown between Josh Allen and Patrick Mahomes.

"What Josh Allen has done over the past couple of years has been nothing short of incredible. Watching his game evolve into what it is now, it's terrifying as an opposing defense, I'm sure," Garofalo said. "Then on the other spectrum, you have Patrick Mahomes, who is the same kind of arm talent. He's been around the block, he's won [a Super Bowl] already. I think Sunday will be lots of fireworks, and I'm looking forward to it."

So how does Garofalo see Sunday playing out in the end?

Probably not the answer most Buffalonians want to see, but time will tell once kickoff takes place at 6:30 p.m. EST on Sunday.