Boston Scott will ultimately be a goat for the Eagles’ loss to the Giants on Sunday, thanks to his fumble late in the game as the Birds were driving, but Philly still had a chance to win…and then another…and couldn’t capitalize on either.

Unfortunately, both chances were thwarted by Jalen Reagor, who was the target on two passes that he could not come up with in the final minute, both of which could’ve given the Birds a game-winning (or at least tying) touchdown.

The first, you can give somewhat of a pass, as he was running a sideline deep route and beat backup cornerback Aaron Robinson in a tight window:

A bit of a pass, but only because somehow, safety Julian Love didn’t hang onto the ball and force Jalen Hurts’ fourth pick of the day on a ball that hit Reagor in the hands, and then in the facemask, before dropping to the ground.

Luckily, the Birds got a first down and had a few more chances, but then came this inexcusable play on fourth down with less than 20 seconds left:

That ball didn’t even hit Reagor in the hands…it went right through them! And, even if he didn’t get in the end zone, the team had enough time to hustle down the field, spike the ball, and have a chance or two to punch it in from the one. 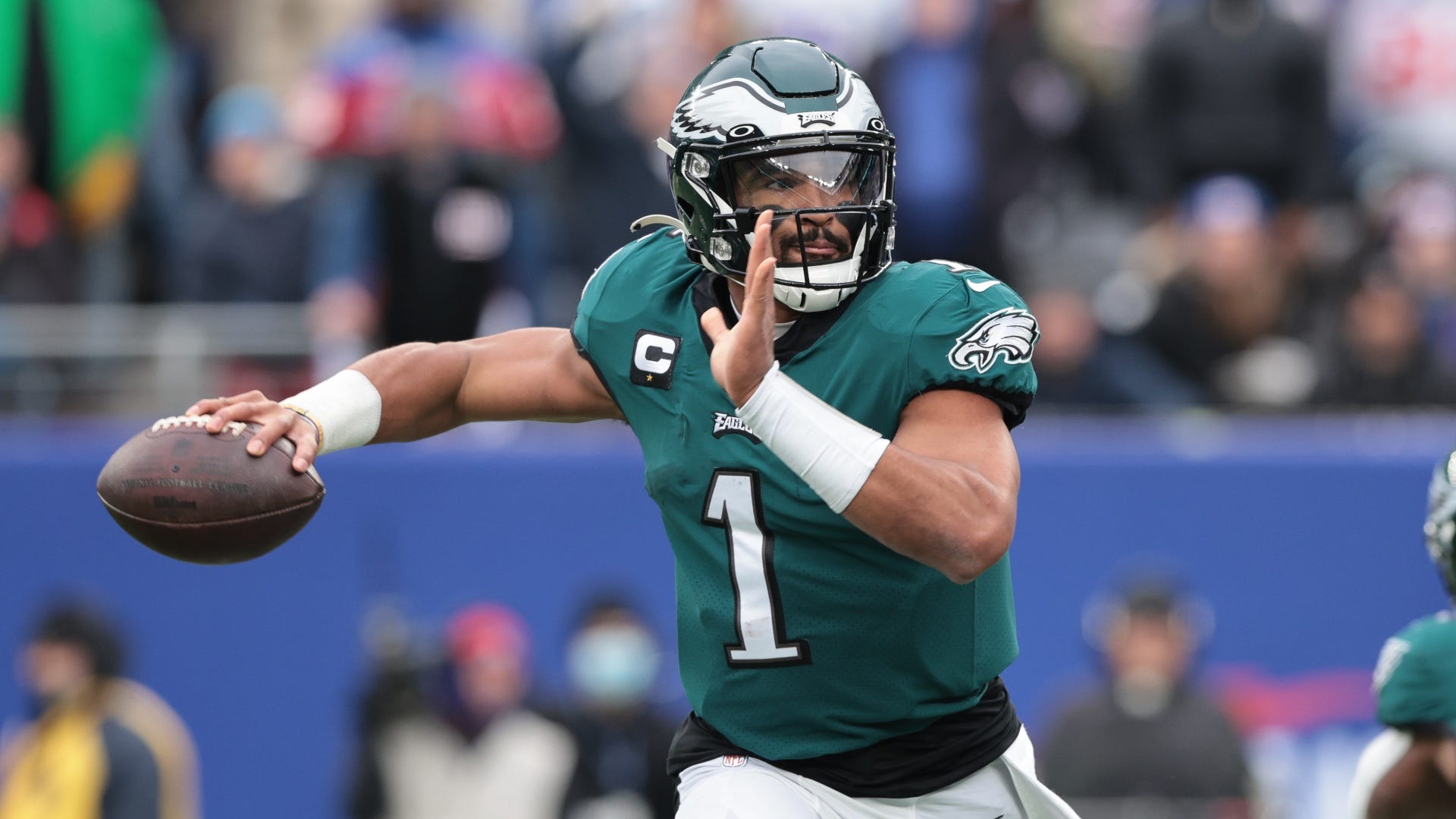 As you’d expect, Birds Twitter did NOT take this one lightly, including a few reminders that the Eagles took Reagor over Justin Jefferson last year:

Jalen Reagor has 2 potential game winning passes hit him right in his hands, and he flat out dropped both of them.

Jalen Reagor is awful. He is a flat out bust.

Jalen Reagor going to the Eagles Facility on Wednesday: pic.twitter.com/nEJwc1f1x4

Wow. If that was Justin Jefferson, we win that game. 😖 can't believe this guy was drafted over Jefferson

Perhaps, though, it was former Eagle Barrett Brooks who put in the dagger on NBC Sports Philadelphia’s postgame show:

Our guy @bbrooks72NBCS has had enough of Jalen Reagor after those drops 😳 pic.twitter.com/5M7N3DbSZv

As a reminder (and this hurts me too, I’m WFAN’s digital lead but I’m a Temple grad and a Birds fan), the Eagles took Reagor instead of Jefferson, who set a rookie receiving records last year, and also took Reagor ahead of second round picks like Chase Claypool, Tee Higgins, and Michael Pittman Jr. – who all had better days Sunday than Reagor did.

The Birds already have one highly-drafted receiver doing very little in JJ Arcega-Whiteside (who got his second catch of the year on Sunday…two more than most of you reading this), and on Sunday, this year’s first rounder, DeVonta Smith, was invisible for large stretches...and was also running free up the sideline on the final pass play.

Meanwhile, Travis Fulgham, who saved the Birds’ season in 2020, spent five weeks on the practice squad before being waived and is now in Miami.

Reagor was targeted on seven of Jalen Hurts’ 31 passes and only caught two, but it was the two he didn’t catch in the final minute that loom largest. He now has 25 catches for just 201 yards on the season in 12 games played, and his 31 yards Sunday were his third best total of the season.

Yes, the Eagles have become a running team, but Reagor was drafted last year as the deep threat they hoped would succeed DeSean Jackson.
Unfortunately, with every passing week, one has to wonder if the only way he succeeds Jackson is as the next first-round receiver run out of town.

Well, him and Nelson Agholor, but to be fair, at least Agholor had nine catches in Super Bowl XLII.