It’s been a slow start to MLB free agency, though things should pick up at next week’s Winter Meetings in San Diego, where the Phillies—coming off their first World Series appearance in 13 years—are expected to be in the market for a shortstop, with Trea Turner seen as their top target. League insider Joel Sherman of the New York Post lent further credence to that theory during his recent appearance on MLB Now, opining the Phillies have a “good chance” to sign the former NL batting champ, who finished among the majors’ top ten in hits (second), runs scored (seventh) and steals (eighth) in 2022 while also setting career-highs in home runs (21), RBI (100), doubles (39) and wins above replacement (4.9).

A five-tool player in the prime of his career, Turner would be an ideal fit for a Phillies team expected to be without its top hitter, two-time MVP Bryce Harper (Turner’s teammate for much of his seven-year tenure with Washington), for at least the first half of next season following Tommy John surgery. Though a shortstop by trade, Turner can play second base in a pinch (79 career starts at that position), which could come in handy with Jean Segura a candidate to leave in free agency.

Rookie Bryson Stott served as the primary shortstop throughout Philadelphia’s World Series run, occasionally giving way to defensive specialist Edmundo Sosa in the late innings. Turner would be an enormous upgrade on both players, though obviously he won’t come cheap with the 29-year-old expected to command well over $200 million on his next contract. Alternatives could include Xander Bogaerts or even division-rival Dansby Swanson of the hated Braves, though Turner would undoubtedly be the splashier addition, signaling to Philadelphia’s rabid fan base that the Fightins’ plan to be competitive for a long time.

“I think they’re going to be a big-game hunter for a shortstop. The name that gets associated with them a ton is Trea Turner. If you were a betting man, I think that’s got a good chance to happen,” said Sherman. “I think [owner John Middleton] has gotten a taste of this and he doesn’t want to stop. I think he knows that the Braves and Mets are going to be good for a while still and to fight—especially now without Harper there—they’re going to have to add some more talent.”

With Bryce Harper getting Tommy John surgery and expected to miss some time next season, how will the Phillies approach the offseason?#MLBNow | @Joelsherman1 | @JakePeavy_22 pic.twitter.com/G5n8OcdCGL

Not only does Turner fill a need for the Phillies at shortstop, but his experience as a leadoff hitter (2,003 lifetime at-bats) would also allow them to take better advantage of Kyle Schwarber’s prodigious power (NL-best 46 homers last season) by moving him down in the order. Among other expected suitors, Philadelphia will be bidding against the Cubs, Braves (assuming Swanson walks) and, to a lesser extent, the Dodgers, with the Yankees also seen as a potential dark horse, particularly if Aaron Judge leaves for San Francisco as many have predicted. Familiar with the Phillies from his time with Washington, Turner boasts a .287/.344/.395 batting line over 183 career plate appearances at Citizens Bank Park, where, last summer, he delivered one of the coolest slides you'll ever see. 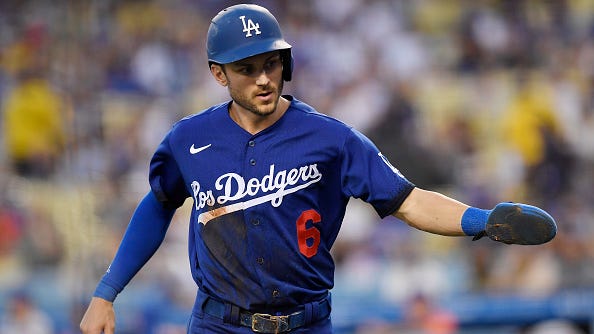 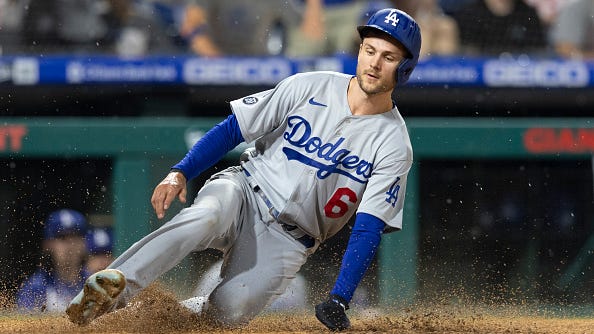