The New York Giants scratched and clawed their way to another victory on Sunday, but it wasn’t easy. Daniel Jones and backup quarterback Tyrod Taylor both suffered injuries in the game, resulting in Saquon Barkley taking some snaps in the wildcat.

Jones was able to return to the game, but an ankle injury certainly isn’t the best thing for a quarterback that just ran for two scores. In fact, it’s another lower-body injury for Jones that seem to be piling up.

Shaun Morash and Paul Dottino of the Audacy Original Podcast “One Giant Step” discussed Jones’ injury and why it may work in the Giants’ favor in the long run.

Morash then explained that the Giants probably took Eli Manning’s health for granted, especially given that he could be effective while playing through nagging injuries. Jones hasn’t shown that same quality, especially with his legs.

“I’ve seen Daniel Jones now in his career attempt to play through injuries, and this is what’s going to concern me potentially about London, and when he doesn’t have his legs, he’s not the same quarterback that he is, really ineffective while Eli had that ability to be effective,” Morash continued. “Daniel Jones’ constant injuries drive me nuts. I know teams deal with the quarterback injuries all around the league and we were spoiled with Eli Manning but what happened yesterday, the good of Daniel Jones managing that game perfectly, not turning it over, running those in twice, but to get hurt again, it just drives you nuts as a Giant fan. How many times do we have to watch this guy get hurt?”

Jones has dealt with a variety of injuries throughout his three years in the NFL. He missed two games with a high-ankle sprain in 2019 and then again two the following December due to a hamstring strain and another ankle injury. Jones then missed the Giants’ last six games last season after suffering a season-ending neck injury against the Eagles in Week 12.

Now Jones’ status for the Giants’ Week 5 matchup in London is up in the air.

“I understand. This one was another fluke injury. It was on the sack by Brisker, who basically stepped on Jones’ left ankle when he brought him down and that’s where he got hurt. He stayed in for the next two plays, handoffs to Barkley, and Gano kicks the field goal and that was in the third quarter with about two minutes or so to go,” Dottino said.

Dottino then made an interesting point about Jones’ injury history regarding contract negotiations. Jones is in the fourth and final year of his rookie deal with the Giants after the team elected not to exercise the fifth-year option.

“I’ve always believed that the Giants were hopeful enough and optimistic of Jones’ performance enough that he would get a new deal. I think his play over the first four weeks has strongly trended in that direction. Now, it’s my belief that the Giants by the middle of this season would actually – if they saw enough of Jones – would be willing to talk to him about a modest deal and the injury factor works in their favor because I believe that Daniel Jones may want to bet on himself and be willing to take a Derek Carr kind of deal with the Raiders. Where it wouldn’t max out and it wouldn’t be a really long-term deal, but maybe a shorter-term deal for a little bit less of money because he knows he’s been hurt a lot, he knows he’s missed a lot of games, and a bird in the hand is worth more than two in the bush.” 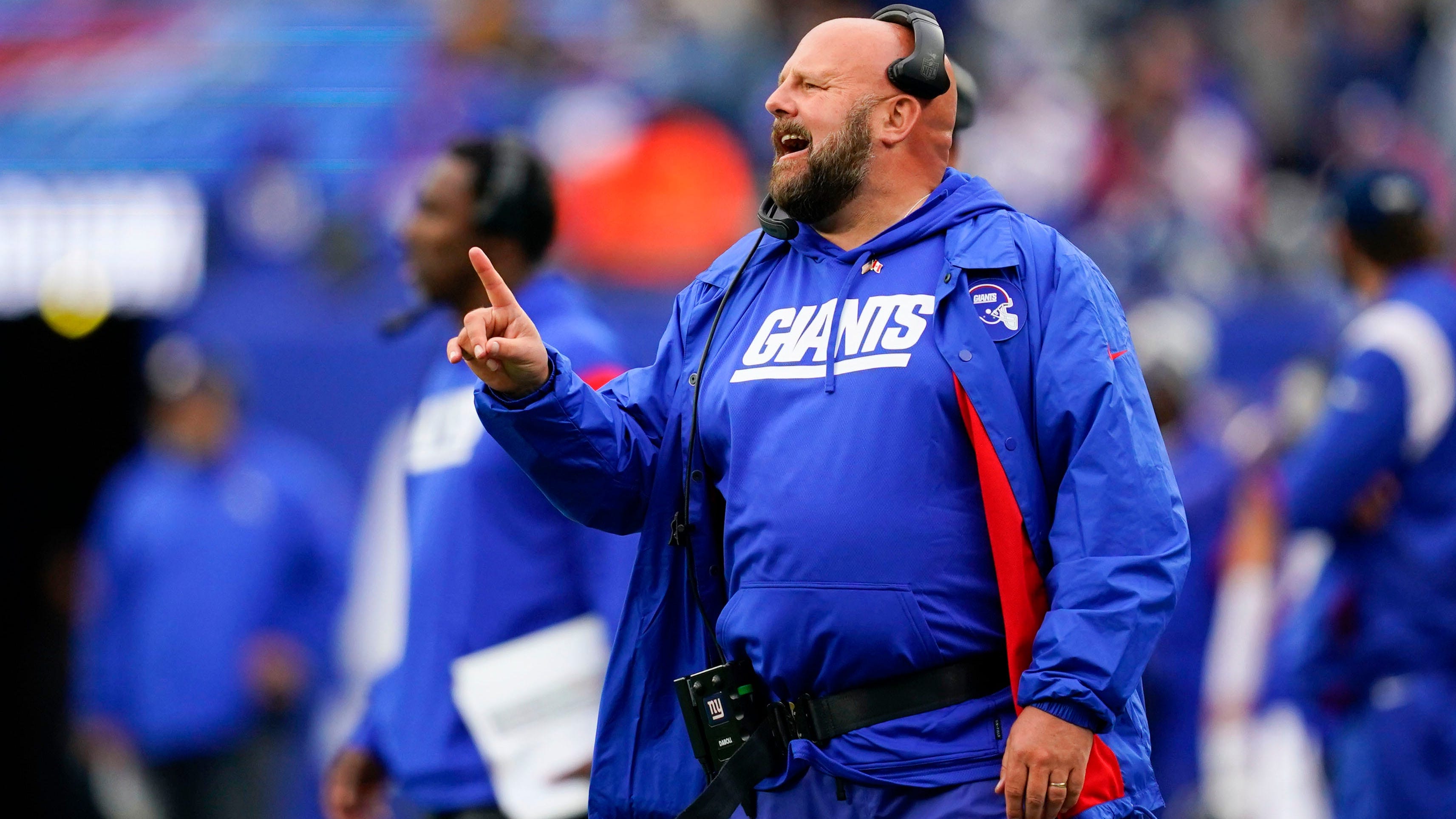 How preparation, communication helped Giants make the best of a bad QB situation