The Tennessee Volunteers baseball team is headed to the land of the College World Series -- and namesake of the most famous audible in NFL history.

The Volunteers have punched their ticket to Omaha, Nebraska, site of the annual World Series. There they'll be cheered on by the legendary Peyton Manning, who starred at Tennessee before his decorated professional career with the Colts and Broncos.

Manning, still a booster of the school and its sports programs, appears alongside Tennessee baseball coach Tony Vitello in a funny video production that was published on social media by the university earlier this week.

In the ad, the incoming Hall of Famer belts out his patented "Omaha!" call with full-throated enthusiasm a few times, shouting over Vitello. The gag harkened back to some of Manning's better comedic performances, which includes a mostly well-received appearance as host of SNL back in 2007.

The Volunteers were 5-0 to start the NCAA Tournament, advancing to the World Series for the first time since 20056. They were set to face the Virginia Cavaliers on Sunday, presumably with their most famous fan watching along.

Last month, Manning threw out the first pitch at a Vols game at Lindsey Nelson Stadium in Knoxville. 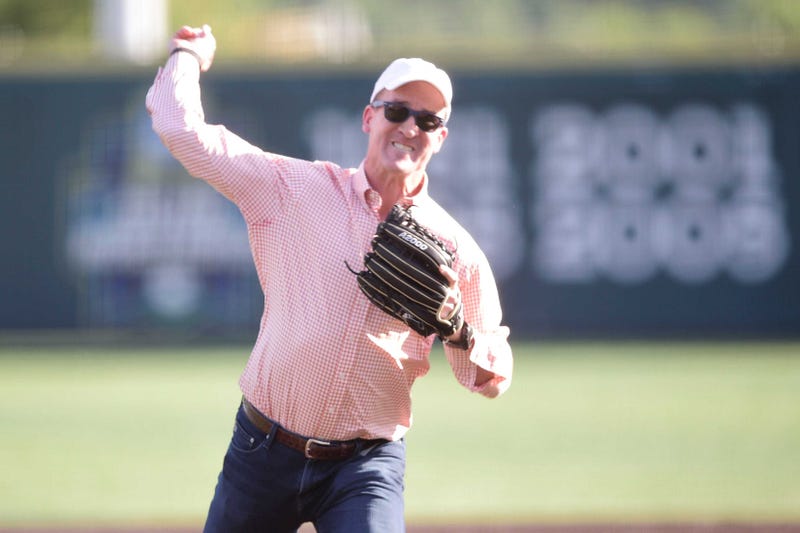