If the Bills ever need a villainous face to represent their fan base, they have a perfect candidate.

With a resurgence in relevance due to some social media fun between actors Adam Sandler and Christopher McDonald, legendary sports comedy "Happy Gilmore" has been thrust back into the spotlight, with rumors swirling about a sequel and the two leading actors making their rounds to discuss their experiences and how the movie changed their lives. 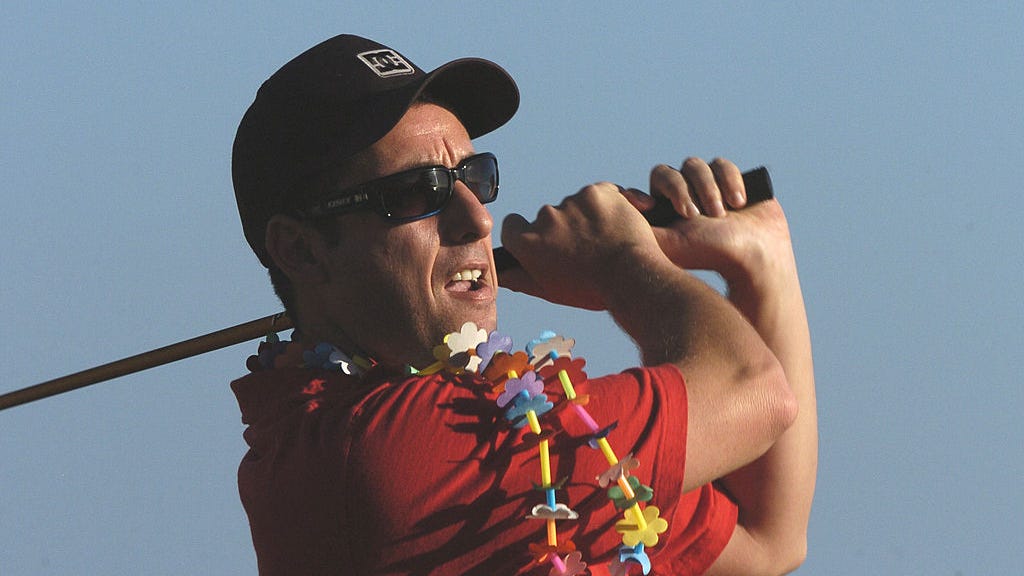 McDonald, who played the unbelievably unlikable Shooter McGavin, talked about something a little bit different than the movie in a recent podcast appearance, though: his hometown favorite Buffalo Bills. McDonald grew up in Romulus, NY, a small town in Seneca County, and has been a lifelong fan of the Bills, and he even became a friend of legendary quarterback Jim Kelly through the years.

As expected, he's proud to be affiliated with the (in)famously rowdy fan base known as the Bills Mafia, but he actually sees them as a little bit more tame than another NFL team's group of supporters.

"...Those guys are whack, but they are such fans," McDonald said on BroBible's "Endless Hustle" podcast, referring to devotees of the Bills. "They're like the Philly fans, without the danger of your life — they could kill ya."

As an Eagles fan, I get it, but man... throw snowballs at Santa Claus one time — maybe along with some other things — and look at what happens to your reputation forevermore. More important than bagging on the Eagles, though, was expressing just how important the fan experience is to him as a lifelong follower of the Bills.

"I mean, half of the experience of going to the stadium is the tailgate," McDonald said. "They go around, they have a few drinks, they just have a great time. They're wonderful people.

"I started off going over with Jim Kelly. I'd go over to where his big buses are — 'circle the wagons,' as it were — and we'd drink the good stuff... it's like really nice wines and the beautiful sausages. I mean it's like A, A-plus. And then you go over to these guys and they're kegging, they're holding up the funnel going (unintelligible sound) and they're just getting shi'fazzed."

McDonald mentioned how an environment like that helped him get through tough times, especially while Brady was running the Patriots' dynasty atop the AFC East every year, but he's super excited to watch how the team has evolved into the powerhouse it is today.

"This year, with the great coaching and the connection with Diggs, it's just kind of beautiful," McDonald said. "And Josh Allen... Jim Kelly says, I hope he breaks all my records. This guy has got skills, he's got youth, he's got legs, he's got an arm, and he's got a little bit of that bad guy in him. He throws the ball down, in your face, and gets a 15-yard penalty, but it doesn't matter."

McDonald doesn't forget the heroes of past iterations of the team, either, and has actually been fortunate enough to spend time with several due to his fame.

"All of the great players back in the day, and all of these Hall of Famers, I just used to watch and just love, like Bruce Smith and Thurman Thomas. Jim Kelly, of course. Just the greatest guys," McDonald said. "The greatest guys in the world... Andre Reed, went to his golf tournament recently. Just a great guy.

"And I'm rubbing shoulders with my heroes... and a lot of it is because of 'Happy Gilmore,' to be honest with you."

If you didn't know that you had one of the biggest jackasses in sports movie history on your side, Bills Mafia, now you know. Just don't tell opposing fan bases that you eat pieces of sh-- like them for breakfast — we already know, thanks to McGavin, that this line doesn't go over well.

news
Woman believes she saw a ‘small dinosaur’ running through her yard
news
What reason is there to think the J&J vaccine causing blood clots?
news
Legendary Minnesota politician and Vice President Walter Mondale passes away
news
Closing arguments in the trial of Derek Chauvin have ended, the case is in the jury's hands
news
Defense asks for mistrial after congresswoman Waters' remarks about George Floyd
music
Oscar attendees won't have to wear masks while cameras are rolling