A +100000 long shot to win Sunday's Pennzoil 400 could pay off big for a Las Vegas business owner and his customers.

Chuck Brennan, the founder and CEO of Dollar Loan Center, placed a $10,000 bet on NASCAR driver Josh Bilicki to take the checkered flag at Sunday's Nascar Cup Series race in Las Vegas. If the ticket pays, Nevada customers who held loans in good standing with Brennan's business would have their accounts cleared. 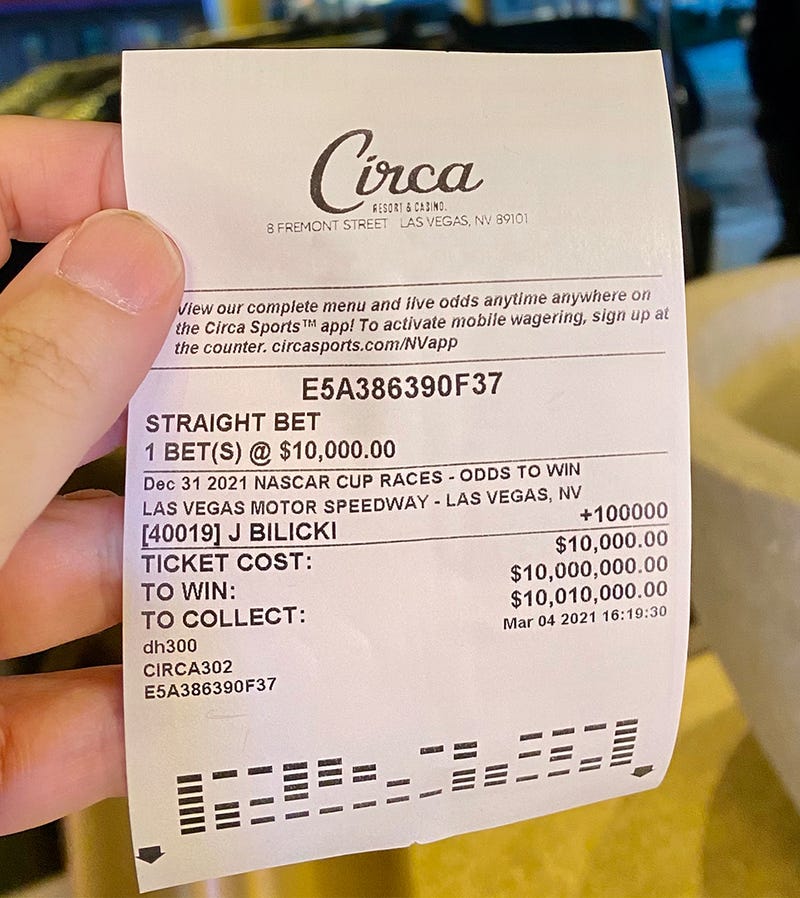 The bet placed Thursday afternoon at the Circa Sportsbook in downtown Las Vegas would pay out slightly more than $10 million dollars.

Dollar Loan Center will be primary sponsor of Bilicki's #52 car in the race.

Bilicki's best career Cup Series finish came at this year's Daytona 500, where he crossed the line in 24th.