Mavericks owner Mark Cuban and Lil Wayne may have just squashed their beef at halftime of Game 2 of the Western Conference Finals.

The rapper was sitting courtside at the Chase Center for the game when he was approached by Cuban. Video captured by our sister station 95.7 The Game appeared to show the Mavs owner shaking hands and laughing with Weezy.

The trash talk all started after Wayne took a shot at Mavs superstar Luka Doncic, calling him a "ho" on Twitter.

That comment generated a clever response from Mavs owner Mark Cuban, who used Mr. Carter's own lyrics from 'Uproar' to take a shot at the rapper, who was sitting courtside for the Mavs 33-point beatdown of the Suns in Game 7.

But, the war of words didn't stop there, as Wayne fired back at Cuban in a since-deleted tweet.

For everyone that’s late I got y’all pic.twitter.com/CQkCKRDztz

Wayne then dropped another tweet with a shot at Cuban, writing, “Ya lil b---h it’s up.”

It's nice to see the two mend fences, seeing as they got along really well the last time they hung out together at LIV Club in South Beach after Dirk Nowitzki and the Mavs beat the Heat in the 2011 NBA Finals.

Happy birthday, Lil Wayne!
One of the greatest rappers ever pic.twitter.com/v3Hfmm6mDQ 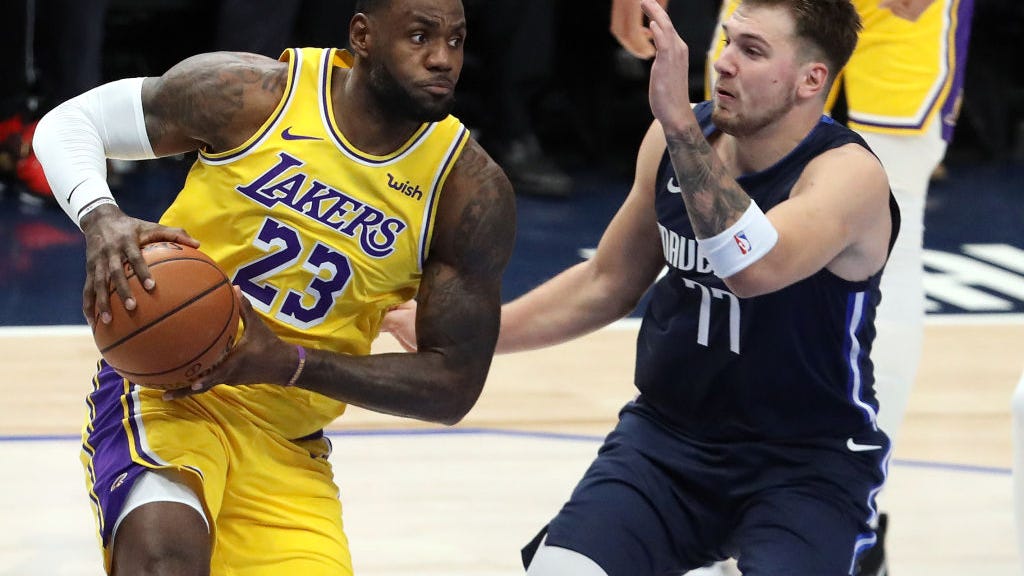