Yadier Molina has compiled quite an impressive résumé over his MLB career and on Sunday he got to add one more thing: pitch an inning.

The St. Louis Cardinals catcher got the chance to take the mound in the ninth inning of an 18-0 game to close out a win over the Pittsburgh Pirates on Sunday.

Let’s just say, there is a reason Molina is on the other end of the battery.

The 39-year-old allowed four runs on four hits, including a two home runs, but managed to finish the inning to complete the 18-4victory.

The make the experience all the much better, Albert Pujols was the one who got behind home plate to warm Molina up prior to the start of the ninth.

Interestingly enough, the Cardinals recently had Pujols take the mound in a blowout win over the Giants last Sunday.

Pujols fared similarly, allowing four runs on three hits and two home runs but seemed to thoroughly enjoy his longtime teammate on the mound as he and Adam Wainwright were laughing from the dugout.

Both Molina and Pujols are likely in their final MLB seasons, so it’s been a pretty fun gesture by manager Oli Marmol to let them toe the rubber. 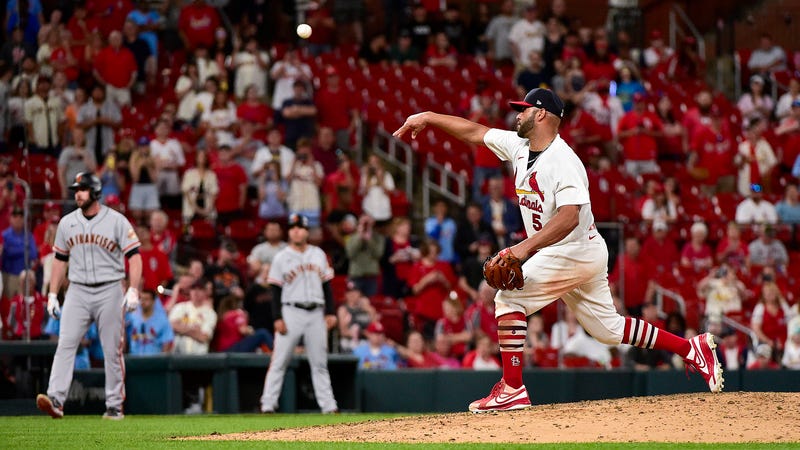