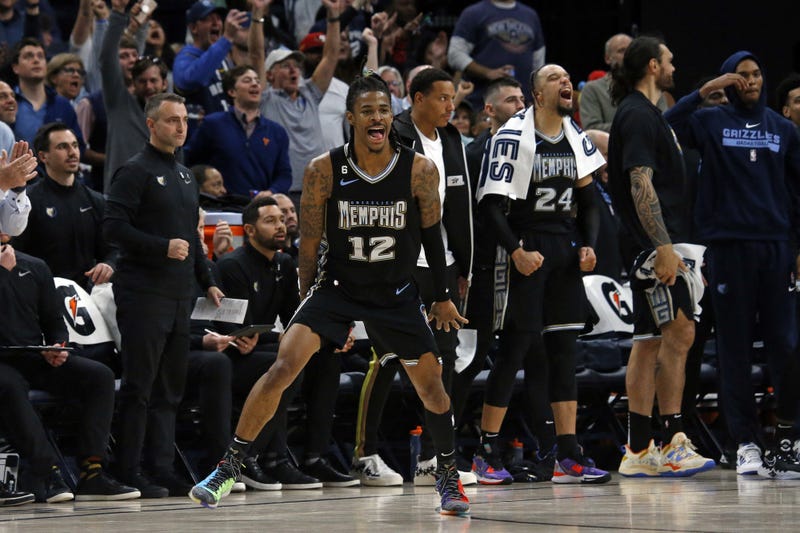 Jaren Jackson Jr. had 20 points and three blocks for Memphis. Steven Adams, who was questionable before the game with non-COVID-19dillness, added 15 points and 11 rebounds.

The Pelicans were without CJ McCollum, who sat out under the NBA’s health and safety protocol. New Orleans lost Brandon Ingram in the second quarter when he sprained his left big toe.

To open the game, the shooting accuracy was on Memphis’ side, with the Grizzlies above 61% both overall and from 3-point range near the midway point of the second quarter. That translated to a 25-point lead.

The Grizzlies’ 20-point lead at the break was built on 13 of 25 3-pointers. They continued to extend the lead after halftime, outscoring New Orleans 21-9 in the first six minutes as the lead swelled to 36 in the third.

Pelicans: With the second-quarter injury, Ingram was limited to eight points, the first time in his 15 games he has not reached double figures. … The loss marked the first in five games Williamson has played against Memphis in his career. … New Orleans is 1-7 when trailing at the half.

Grizzlies: Memphis had three players — C Steven Adams, F Santi Aldama and reserve frontcourt man Xavier Tillman Jr. — who made the injury list with non-COVID illness. Aldama and Tillman did not play. Coach Taylor Jenkins said: “It’s that time of the year. …The flu bug’s been going around.” …Memphis is 9-1 when leading after three quarters, and 10-2 when the reach at least 110 points.