Cooper Rush has replaced the injured Dak Prescott and led the Dallas Cowboys to four straight wins. The career backup quarterback has managed the game well in victories against the Bengals, Giants, Commanders, and Rams, but he hasn’t lit the world on fire by any means.

Rush is simply doing his job under center and letting the running game and defense take over for Dallas. It’s been made clear that Prescott will be the starter when he’s healthy, but Rush’s success may buy the Cowboys more time to make sure that their franchise quarterback is 100% ready to go.

Danny Parkins and Andrew Filipponi of the Audacy Original Podcast “1st & Pod” discussed the Cowboys’ quarterback situation and if they should stick with Rush or rush Dak back.

“You done with your insane, contrarian, trolly hot take that Cooper Rush is going to take Dak’s job? 10 of 16, 102 yards today – in a win,” Parkins said (13:18 in player above). “You said that if the Cowboys beat the Rams, there’s no way they go back to Dak the following week. I don’t think that applies today, big boy.”

“I think if Dak Prescott is healthy, Cooper Rush eeking out 100 passing yards, that’s not going to be the guy that keeps the $200 million – or $160 million – quarterback on the sidelines.”

The guys pointed out that Russell Wilson was rushed back from a finger injury last year and hasn’t been the same since. However, that may also be due to psychological factors or perhaps this new shoulder injury.

That shouldn’t factor into the Cowboys’ decision-making process with Prescott.

“I get what you’re saying about Rush’s numbers being way down. I would just want to see with the way that they’ve played the last few weeks, I’d like to see it not work before I made a move. Especially when it’s an injury thing with a guy,” Fillipponi said. “Maybe more time back helps you big picture. That’s all. There’s a cost-benefit analysis to not playing him again this week.”

Ahead of a normal week, perhaps the Cowboys would be more willing to give Rush another start at quarterback. But the Cowboys travel to Philadelphia for Sunday Night Football, which was a tentative target for Prescott’s return.

Overall, however, the Cowboys aren’t winning because of Rush’s play. He’s been serviceable and hasn’t cost Dallas any games, but it’s been the running game and defense leading the way.

The Cowboys held the reigning Super Bowl champion Rams to 10 points this week and have yet to allow more than 19 points in a game this season. They also found their running game a bit more this week with Tony Pollard and Ezekiel Elliott combining for 164 yards on 30 carries.

There’s also the potential narrative angle as well for Dallas.

“I just feel like if they go to Dak and they open it up and they lose there’s going to be the ‘well if they had just played the way with Cooper Rush with Dak in there, maybe they win,’” Fillipponi said. “Don’t let people have that hypothetical on their mind. Let’s watch it fail in a game. That’s what I would want to do. That way all the conjecture is gone.”

“I think that narrative is overblown,” he said. “Dak’s their guy, they think, for the next decade. I don’t think they’re going to be worried about a game here or a game there.” 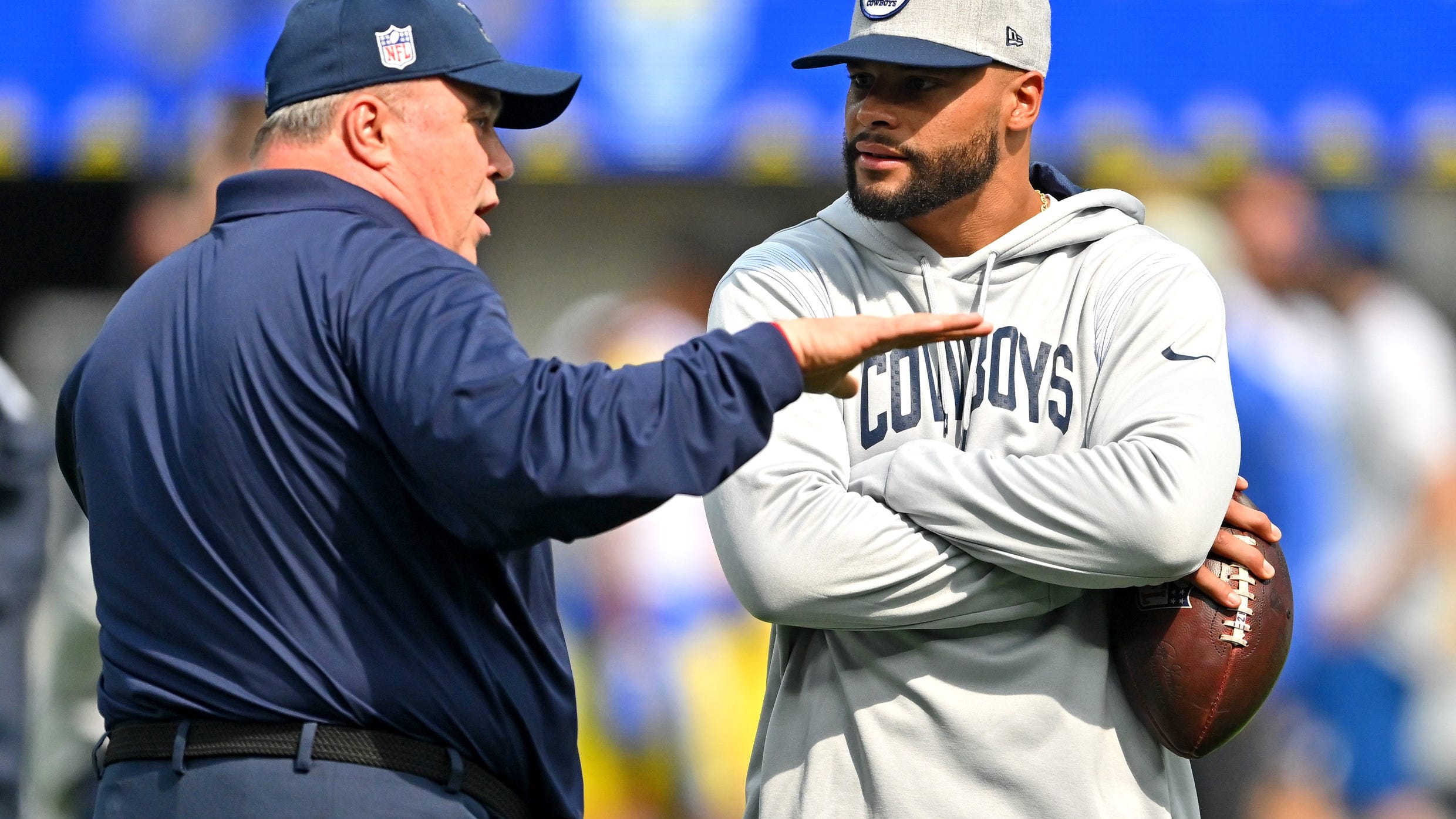