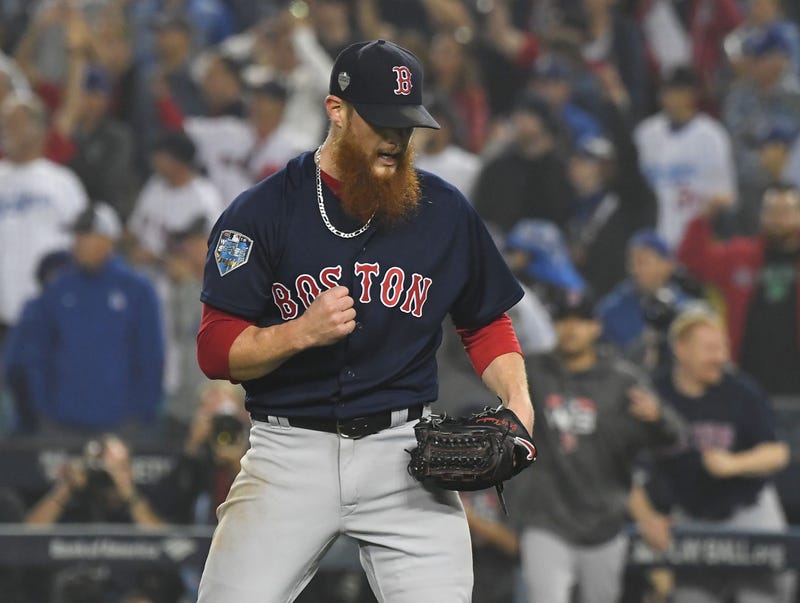 Kimbrel deal with #Cubs will be three years and close to $45M, sources tell The Athletic.

John Fricke and Hugh Douglas discussed Kimbrel joining the Cubs and why the Braves weren't more interested in acquiring Kimbrel. They began the conversation looking at the Braves and if they are ready to win immediately.

"Your plan has not worked out," said Douglas. "You thought that Folty was going to be a solid guy. That Gausman and Newcomb you could depend on. There were talks about Kimbrel early on, but then it because a conversation about Keuchel, because now you need starting pitching."

Hugh also wonders how big a role Kimbrel would have anyway if the team isn't quite ready to stack up with the league's best.

"When you look at the product on the field, we have some good, quality players, but you aren't there," Hugh stated. "We saw a small sample size of that against the Dodgers. We're trying to say that Craig Kimbrel is the end-all, be-all, and that's not the case because even with Kimbrel, the way that our starting pitching has been, Craig Kimbrel might not even be in a position to save a game."