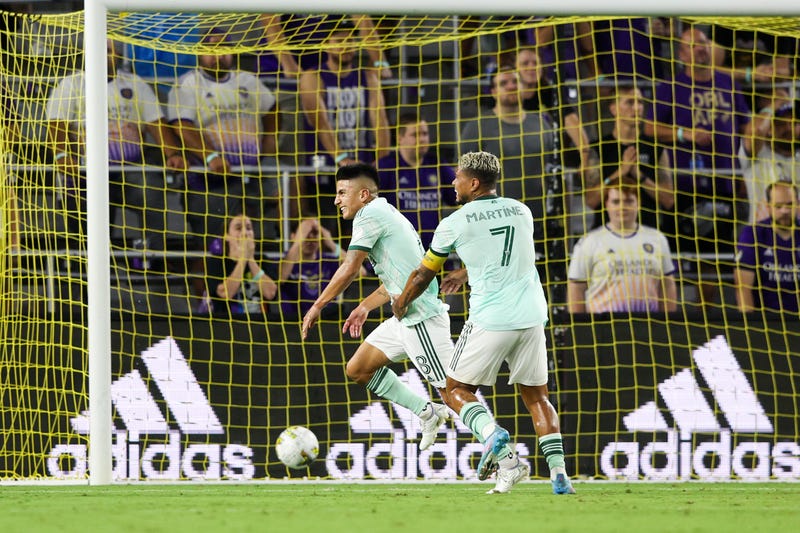 Atlanta United picked a perfect time to earn their first back-to-back wins of the 2022 season as a 1-0 road victory in Orlando has the Five Stripes within striking distance of a playoff spot with three matches left to play.

Thiago Almada’s go-ahead goal against Toronto was the MLS ‘goal of the week,’ and in arguably Atlanta United’s most important match of the season, he provided the perfect encore.

Scoreless in the 72’, Almada took a perfect Andrew Gutman assist and used some fancy footwork to clear the way for a goal that gave the Five Stripes all they would need for what play-by-play voice Mike Conti called a “massive, life-giving result.”

For all of the injuries and hardships endured by Atlanta United this season, with the three points from tonight’s win, they now—with 39 points—find themselves just two points out of the 7th and final playoff spot in the Eastern Conference. The spot is currently held by Columbus (41). If the two teams end the regular season tied in the points category, the first tiebreak would be wins—United currently has 10 wins while Columbus has 9.

Despite the massive win, there’s no time to relax for Gonzalo Pineda’s club as a match with top-seeded Philadelphia at Mercedes Benz Stadium awaits them Saturday. Philadelphia crushed the Five Stripes 4-1 in late August.