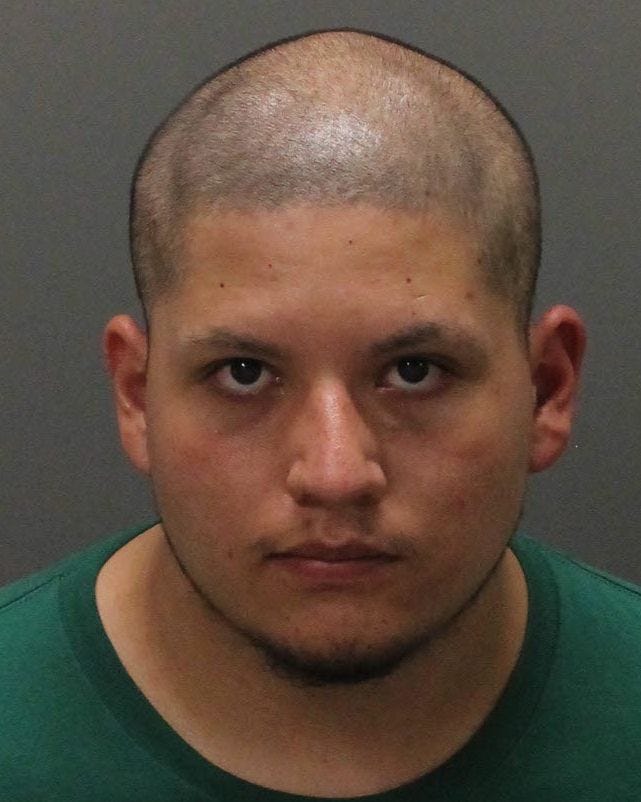 The suspect accused of fatally shooting two people in a Corona movie theater in July pleaded not guilty by reason of insanity to murder and other charges on Monday.

Joseph Jimenez, 20, of Corona, allegedly gunned down Anthony Barajas, 19, and Rylee Goodrich, 18, both also of Corona, at a Regal Edwards Theater during the July 26 showing of “The Forever Purge.”

Regal Edwards employees discovered the victims when they cleaned the theater after the film ended. The pair had reportedly been shot in the head. Goodrich was pronounced dead at the scene while Barajas was taken to a nearby hospital. He died two days later.

Barajas was a social media influencer with nearly 1 million followers on TikTok.

Jimenez faces two counts of first-degree murder, as well as a special circumstance allegation of taking multiple lives concurrently and a sentence enhancement of causing great bodily injury with a firearm, in connection with the crimes.

In an arraignment before Riverside County Superior Court, the defense entered Jimenez’s not guilty plea on the basis that he purportedly “heard voices” in his head, prompting him to commit the double murder.

Jimenez told The Riverside Press-Enterprise in July that he regretted the act, and had been tormented by voices for months prior to the incident. He claimed he had recently been diagnosed with schizophrenia but stopped taking medication in the run-up to the shooting.

"The voices said my friends and family were going to be killed," Jimenez said.

Officials said the deadly attack on Barajas and Goodrich was “unprovoked” and there was no indication of a prior relationship between them and Jimenez.