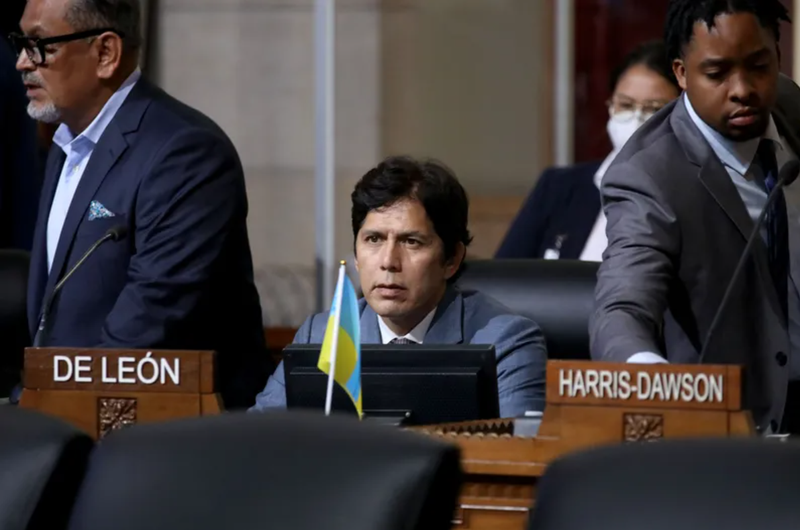 LOS ANGELES (KNX) – Disgraced Los Angeles City Councilman Kevin de León returned to City Council chambers on Friday, a few days after a recall petition against the councilman had been approved. De León had not attended a council meeting since shortly after the condemnation over leaked racist audio tapes in October.

The councilman, who was part of the leaked racist tape along with then-City Council President Nury Martinez and fellow council member Gil Cedillo, entered the chambers 45 minutes after the meeting started, according to the Los Angeles Times.

He needs to resign.

Outgoing Councilmemeber Mike Bonin tweeted that he and Councilmembers Marqueece Harris-Dawson and Nithya Raman immediately walked out, calling him a "vile racist."

Protestors and supporters made their disapproval of his attendance known, shouting and demanding he leave the chambers.

Pandemonium at #LACityHall when council member #KevinDeLeon shows up for a meeting. Protesters started shouting and jawing with his supporters. Here, DeLeon gets up and walks out after a discussion with the council president. @knxnews pic.twitter.com/1CTqzTchQq

City Council President Paul Krekorian approached de León as some of the councilmembers left the chambers. A recess was called and de León left.

Things turned chaotic when #LACityCouncilmember #KevinDeLeon showed up for today’s meeting in downtown #LosAngeles. After DeLeon left, his supporters on the left listened…as a protester explained why they still want DeLeon to resign over a racism scandal. @knxnews pic.twitter.com/HjmjniO8K9

While Martinez resigned, De León and Cedillo have not. De León said in an interview he would not resign from his seat because “because there is a lot of work ahead.” While he asked to be excused from meetings, his request was denied by Krekorian.

On Tuesday, a recall petition against de León was approved by the Los Angeles City Clerk. 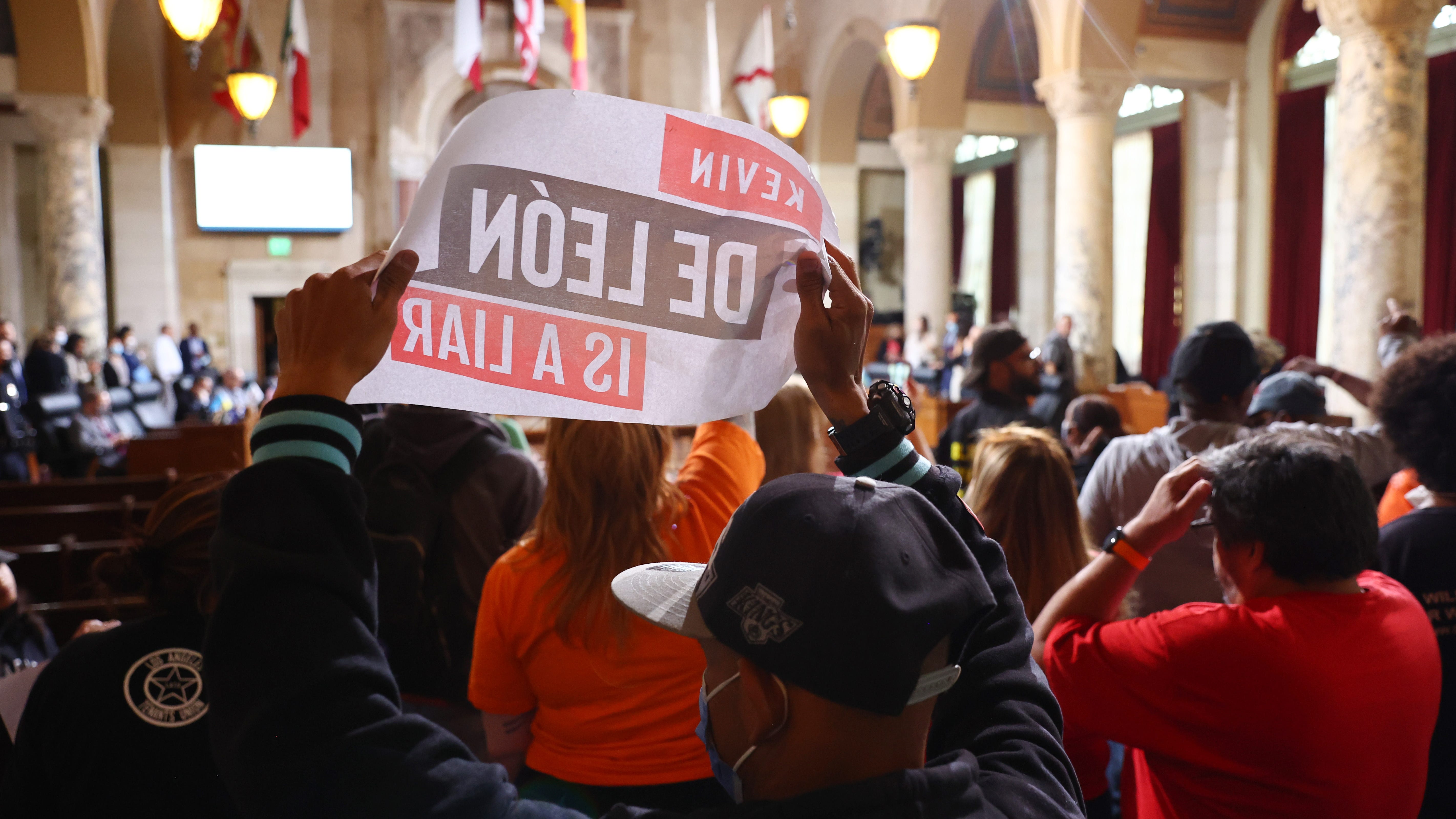 ‘No, I will not resign:’ Kevin de León amid calls for him to step down from L.A. City Council
Featured Image Photo Credit: Gary Coronado / Los Angeles Times via Getty Images