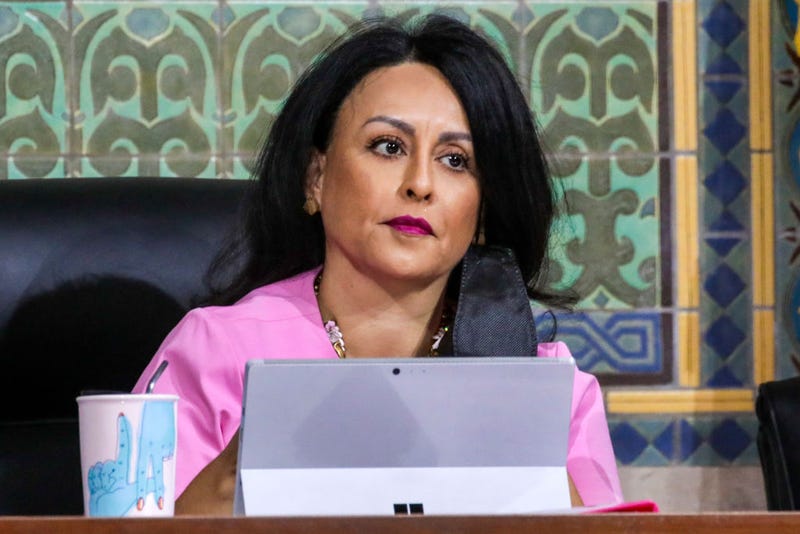 LOS ANGELES (KNX) — In audio recordings posted to Reddit earlier this month, three Los Angeles City Councilmembers and a prominent labor official are heard discussing redistricting plans in a conversation rife with racist remarks about Black people, Black voters in the city, and Black children, according to the leaked audio first published by Knock LA and confirmed by the Los Angeles Times.

"They're raising him like a little white kid," Martinez concluded. "I was like, this kid needs a beatdown. Let me take him around the corner, and then I'll bring him back," suggesting she might physically assault the 2-year-old child over his behavior at a parade in 2017.

De León suggested Bonin cared for his son in the same manner as an accessory, comparing the child to a Louis Vuitton handbag, before referring to Bonin as the "fourth Black member" of L.A.'s city council.

“This kid needs a beatdown. Let me take him around the corner, I’ll bring him right back.”https://t.co/rYgFj2Wl2E pic.twitter.com/SnCxcXBIoz

"Fuck that guy … he's with the Blacks," Martinez said emphatically.

The councilmembers and Herrera were recorded last fall during a conversation about the redistricting process and maps proposed by the official city commission. The group is disgruntled as they discussed plans to "massage" district lines to maintain power for themselves.

"We are appalled, angry, and absolutely disgusted the Nury Martinez attacked our son with horrific racist slurs and talked about her desire to physically harm him," Bonin and his partner said Sunday, calling for her immediate removal as Council President and resignation from office. In addition, Bonin demanded resignations from Councilman Kevin de León and Los Angeles County Federation of Labor President Ron Herrerra while accusing Councilman Gil Cedillo of "tacit acceptance."

"As parents of a Black child, we condemn the entirety of the recorded conversation, which displayed a repeated and vulgar anti-Black sentiment, and a coordinated effort to weaken Black political representation in Los Angeles," Bonin and his partner Sean Arian's statement continued.

Our family statement about today's ugly and hateful news. pic.twitter.com/0fPPXwsS5B

"In a moment of intense frustration and anger, I let the situation get the best of me, and I hold myself accountable for these comments. For that I am sorry," Martinez said in a statement Sunday.

"The context of this conversation was concern over the redistricting process and concern about the potential negative impact it might have on communities of color," Martinez continued. "My work speaks for itself. I've worked hard to lead this city through its most difficult time."

"There were comments made in the context of this meeting that are wholly inappropriate, and I regret appearing to condone and even contribute to certain insensitive comments made about a colleague and his family in private. I've reached out to that colleague personally," he wrote.

In a statement, Mayor Eric Garcetti said he was "saddened" by what he read, adding, "there is no place for racism anywhere in L.A."

"This entire situation shows that city hall is fundamentally broken and dysfunctional," said mayoral candidate Rick Caruso. "In a closed-door meeting, leaders at the highest levels of city government used racial slurs and hate speech while discussing how to carve up the city to retain their own power. This is a clear example of hypocrisy, racism, and crude power politics."

Caruso noted that most of the participants heard in the call have endorsed his opponent Karen Bass for mayor, calling on her to demand accountability and renounce the endorsements of those who have used hate speech.

"Let me be clear about what was on those tapes: appalling, anti-Black racism," Rep. Karen Bass said Sunday evening, adding, "All those in that room must be held accountable." Bass said her heart goes out to the innocent child caught in the middle.

"Racist, homophobic, and deeply cruel statements like these are disqualifying for elected office in LA. The people who made them should resign," Councilmember Nithya Ramen posted to Twitter Sunday. "If they don’t, I’ll vote to remove them from Council leadership at the first opportunity."

There’s no coming back from this. Nury is DONE. #ResignNury pic.twitter.com/BjOa6dkJYG 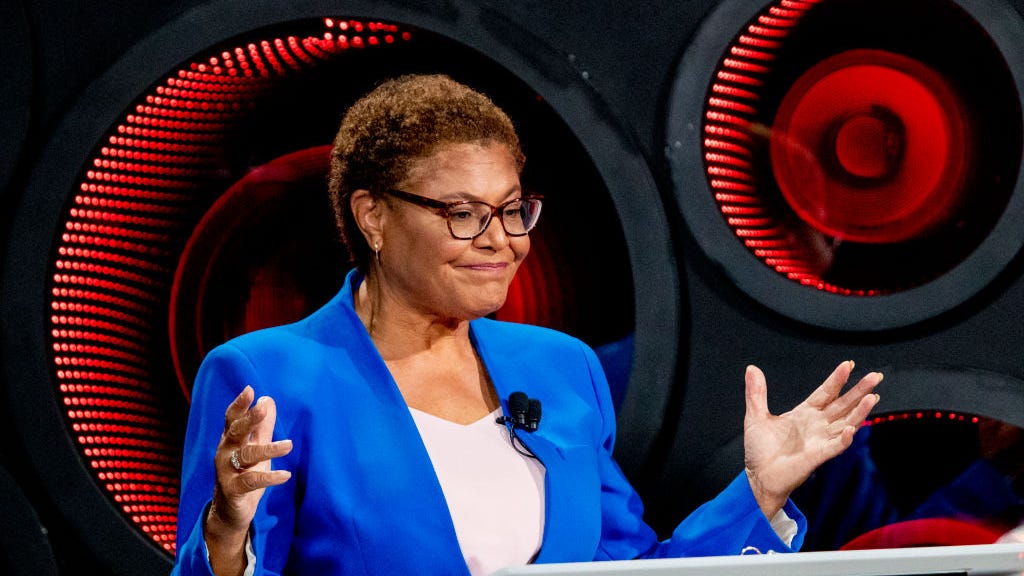 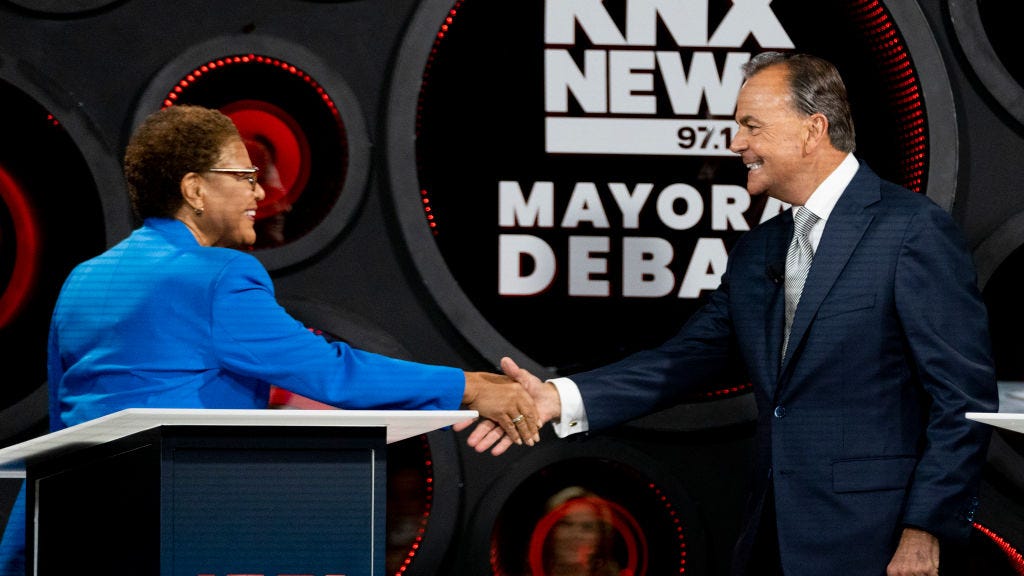 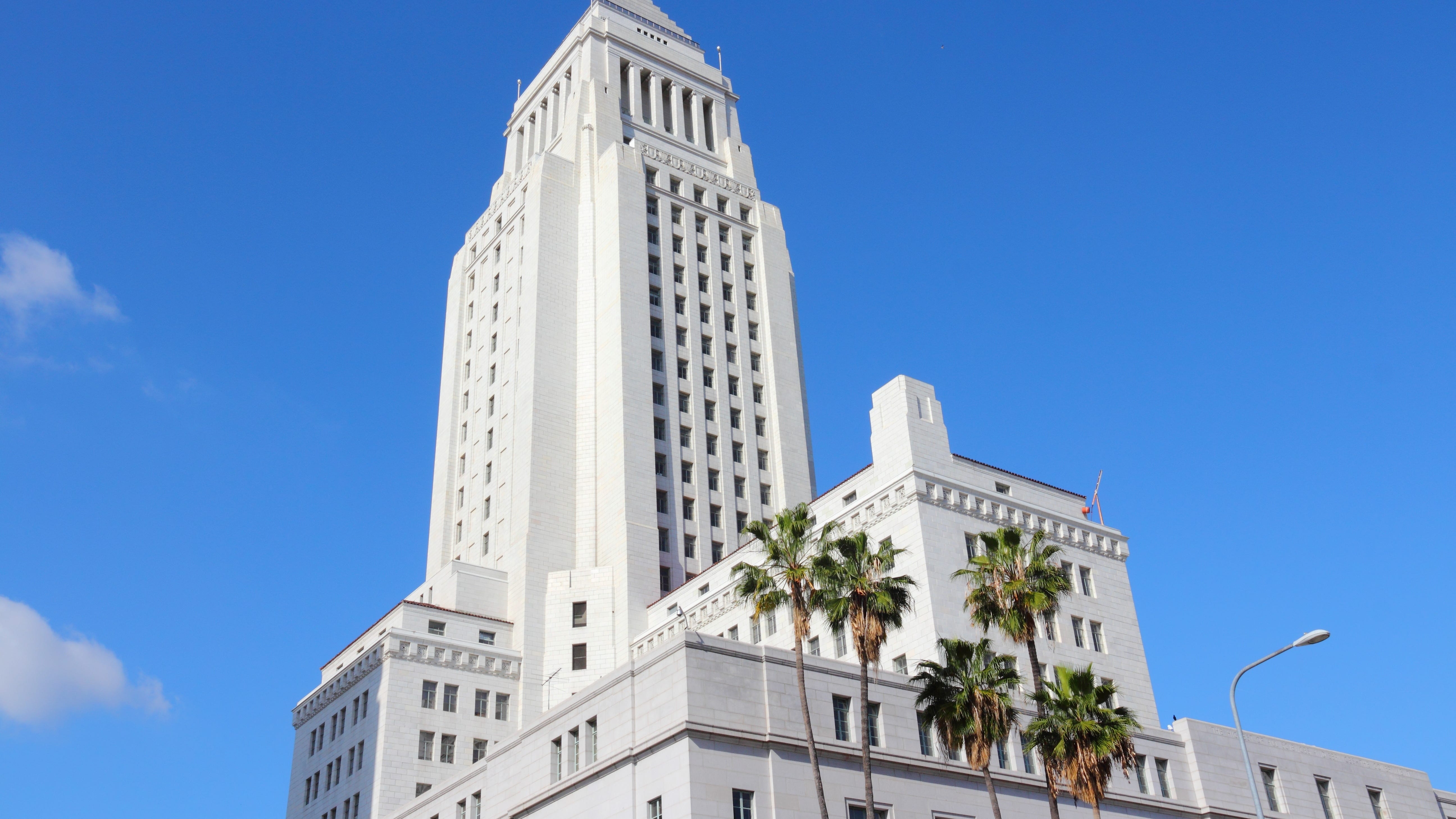