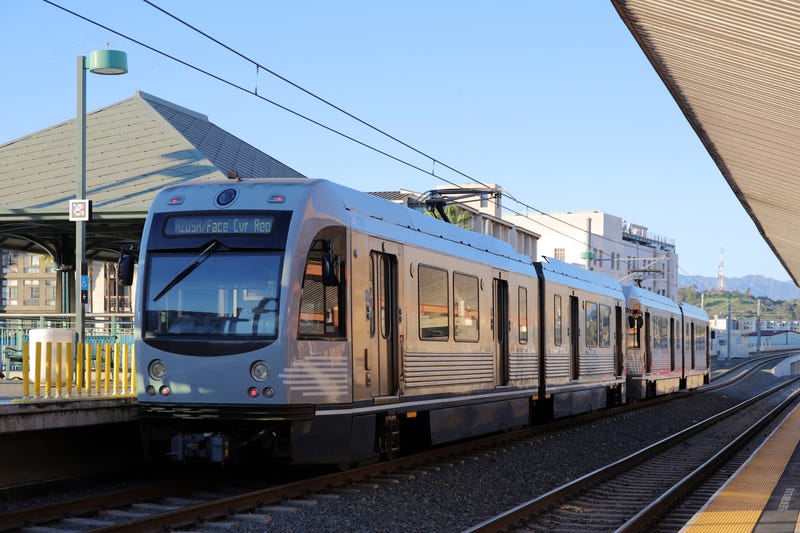 LOS ANGELES (CNS) - With much fanfare, Metro's K Line opened today, running from the Crenshaw district to Westchester and giving South Los Angeles its most extensive rail service since the 1950s.

The line fulfills a dream that began when Tom Bradley was mayor from 1973-93 and sought to provide world-class transportation in South Los Angeles, Los Angeles Mayor Eric Garcetti said.

"The K Line is integral to Los Angeles' transportation future," Garcetti said. "It will open doors of opportunity for riders across our region and help make Los Angeles a more accessible, sustainable, and inclusive city."

The northern-most point of the line is the Expo/Crenshaw station at the intersection of Crenshaw and Exposition boulevards. The line heads south along Crenshaw Boulevard, with stations at Martin Luther King Jr. Boulevard, in Leimert Park and Hyde Park.

The southern half of the line uses the Harbor Subdivision right-of- way, with stations in Fairview Heights and downtown Inglewood, ending at the Westchester/Veterans Station, near La Cienega Boulevard and Florence Avenue.

There will be free bus service from the Westchester/Veterans Station to the C Line's Aviation/LAX Station.

A station at Aviation and Century boulevards is set to open in fall 2023 and the LAX/Metro Transit Center Station in late 2024.

Metro will offer free rides on all of its buses and trains through the weekend in connection with the K Line's opening. 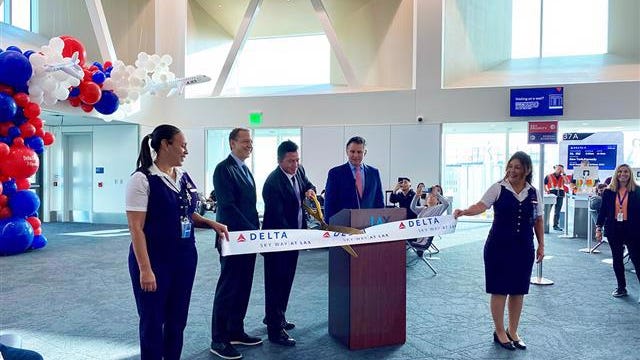