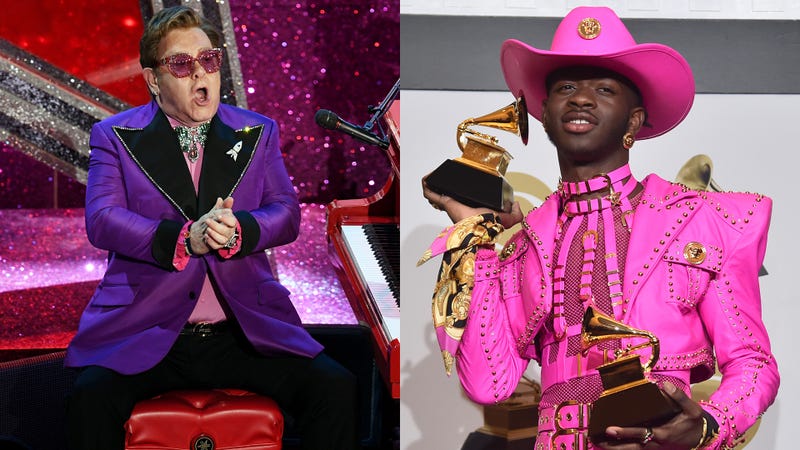 Both Elton John and Lil Nas X have their trademark look. With a variety of costumes that we continually fall in love with, their fashion sense is one-of-a-kind. There’s one question that remains though… Could they pull off each other's look?

Uber Eats decided to tackle it head on as the two icons are the latest celebrity pairing for the company’s “Tonight I’ll Be Eating” campaign.

The commercial starts off with Lil Nas X, who is dressed in a multi-colored feathered and sequin ensemble similar to what John wore on his Muppet Show appearance back in 1977, telling viewers he’ll be eating lobster ravioli with shaved truffle.

As a sparkled gold bag gets set down on the table next to him, the camera pans to the other side of the room where John is sporting the all pink cowboy Versace outfit similar to the one Lil Nas X wore to the 2020 GRAMMYs.

There’s so much to love about this that we can hardly put it into words. Fortunately, Uber Eats decided to put out two other commercials including the pair debating mayonnaise on french fries and learning British slang.

Of course, this is hardly the first time either has made news for their fashion sense. Most recently, Lil Nas X pretty much broke the internet when he announced the release date of his debut album by taking part in a pregnancy photoshoot.

It’s exactly as incredible as you’d expect it and you can view the photos right here.