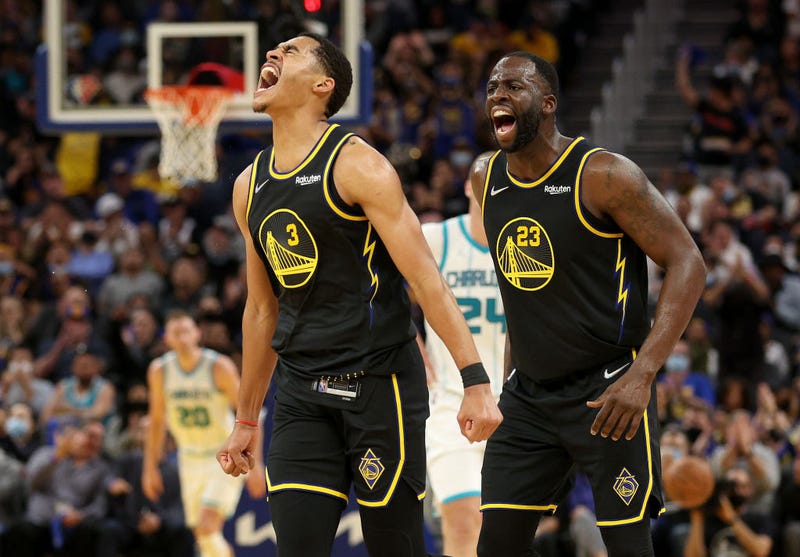 Jordan Poole #3 and Draymond Green #23 of the Golden State Warriors react after Poole made a three-point basket against the Charlotte Hornets in the first half at Chase Center on November 03, 2021 in San Francisco, California. Photo credit Ezra Shaw/Getty Images
By KCBS Radio Staff, KCBS Radio

The footage, acquired by TMZ and released on Friday morning, shows Poole and Green on the practice floor together, scrimmaging on opposite teams. The two players can be seen speaking to each other, before Green approaches Poole chest-to-chest underneath the basket.

Poole shoves Green away, prompting Green to unleash a right-hand swing to the left side of Poole's face. Players and coaches then rush over to break up the scuffle.

The incident was originally reported by the Athletic on Wednesday as a "physical altercation" between the two players which would likely result in disciplinary action against Green, but it was unclear what exactly occurred prior to Friday's video leak.

Warriors’ head coach Steve Kerr and general manager Bob Myers told reporters on Thursday that the incident would be handled "internally" as would any punishment for Green. Myers said he didn't anticipate Green would be suspended for any games.

Green came into the facility on Thursday and apologized to his teammates, with Poole present while he was speaking, and left without practicing, according to Myers. The Warriors don't practice on Friday, but Kerr said he expected Green to return to the team on Saturday.

The Warriors, the reigning NBA champions, have three more exhibition games before opening the season on October 18 vs. the Los Angeles Lakers at Chase Center. 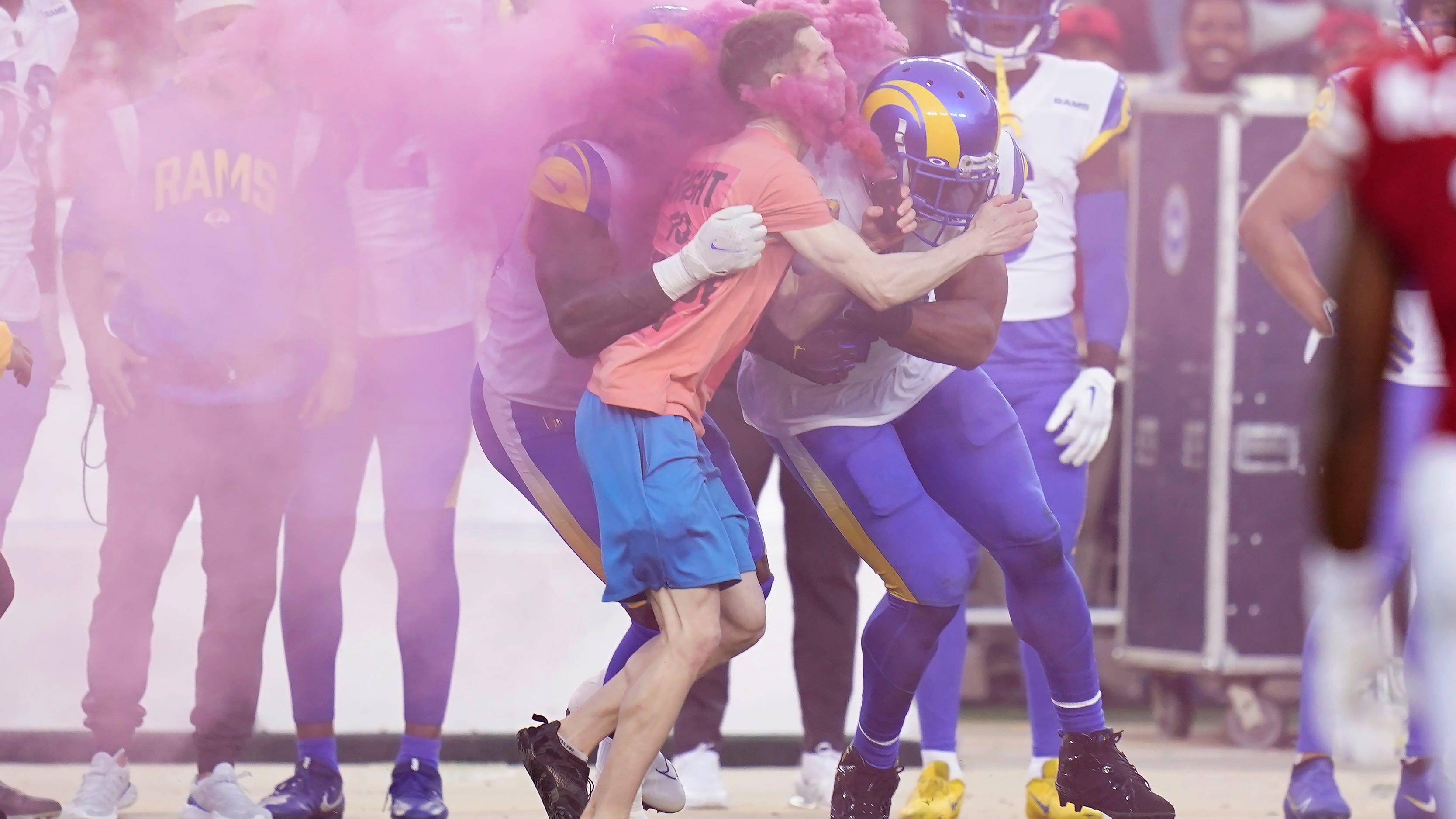 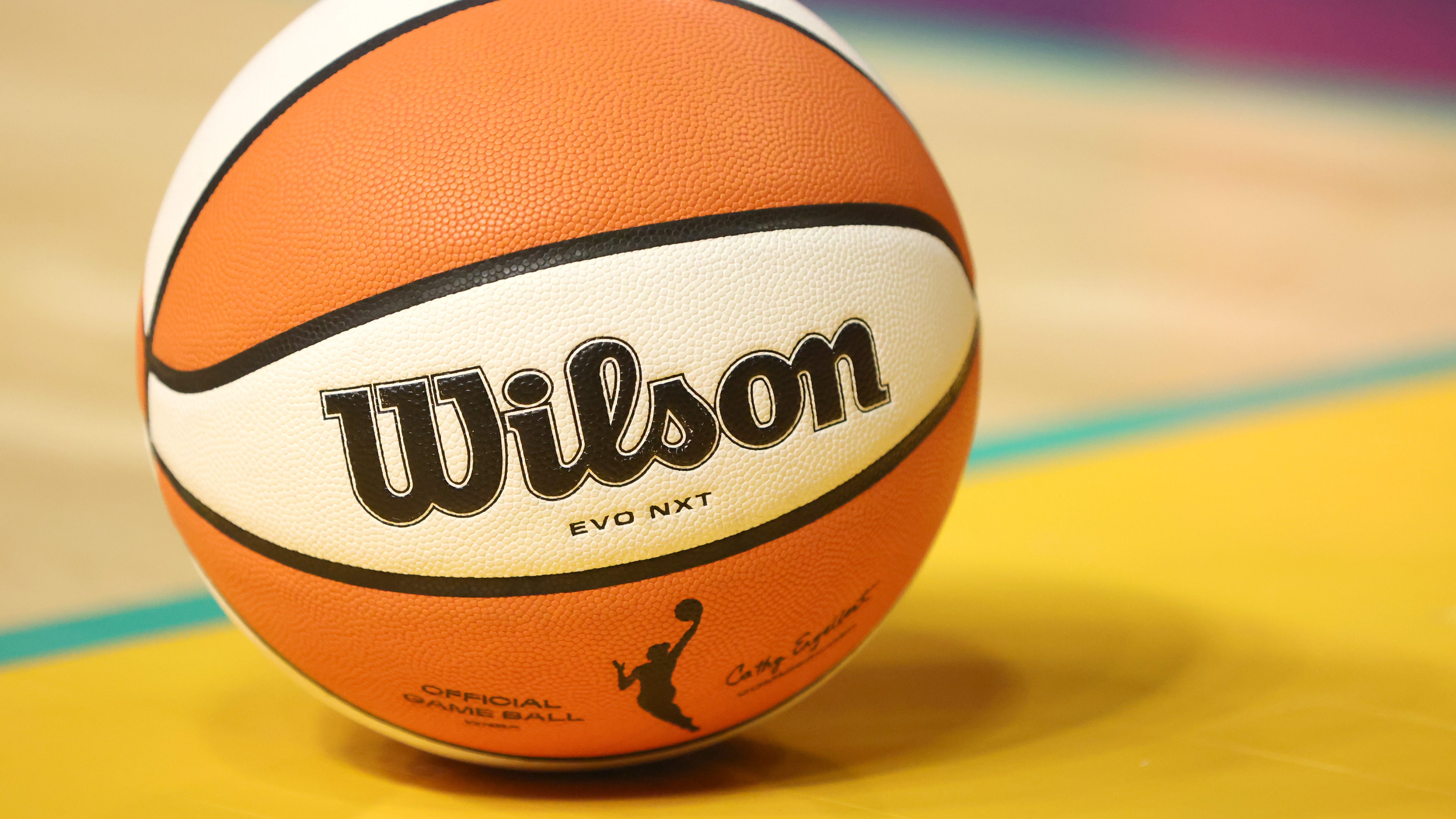