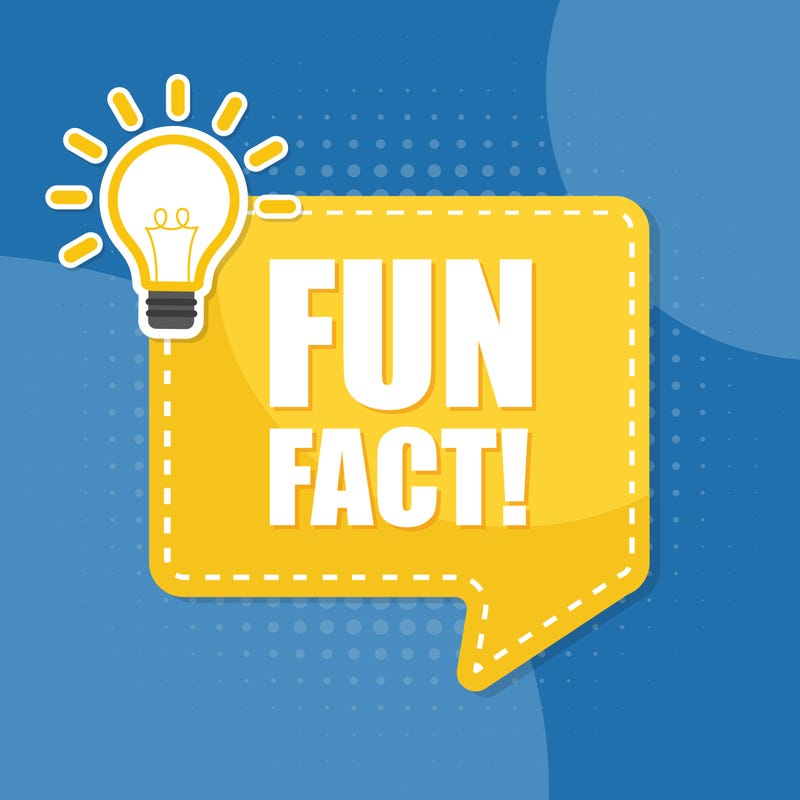 1. Only 5% of the calls routed to fire departments in the U.S. are for actual fires. Most of them are for medical emergencies.

2.  Can openers were invented in 1858 . . . which is 48 years after cans.  During those years in between, the most popular way to open cans was smashing them with a hammer and chisel.

3.  Your rectum has similar cells to your mouth . . . which is why spicy foods can burn on the way out as much as they do when you're eating them.

4.  There are only two companies with a perfect "AAA" credit rating:  Johnson & Johnson and Microsoft.