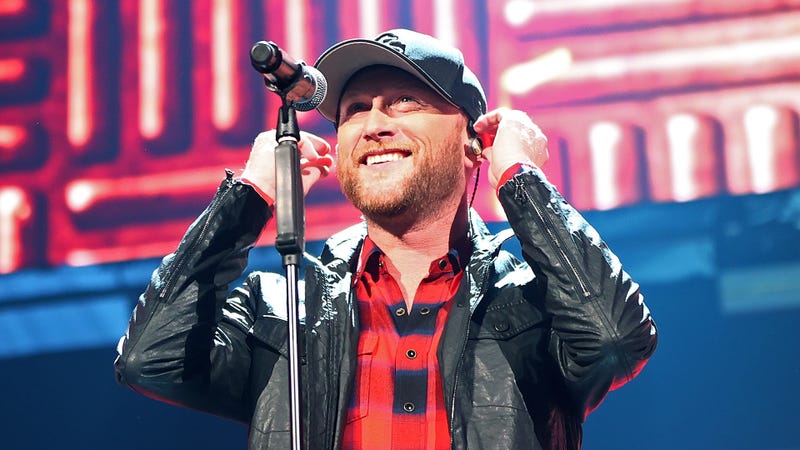 Cole Swindell is celebrating his third consecutive-week #1 single with arguably one of the biggest songs of his career, “She Had Me At Heads Carolina.” A creative spin on the ‘90s classic performed by Jo Dee Messina, Cole has breathed new life into the song with a unique spin on the plot.

“I think the original idea, me and Thomas Rhett were talking about if we did ‘Heads Carolina,’ how would we do that other than walking in and a girl being up there singing it on karaoke, which I’m sure happens all the time here, in Nashville and all over the country," Cole told Audacy’s Katie Neal. "That was the original thought.”

The idea proves successful indeed as the song is sitting in the #1 spot on the Country charts for a second consecutive week, which is the third single from Swindell’s Sterotype album to do that.

“It’s crazy the way things are going,” he said with a smile. “I can’t help but just be happy about it. I’ve dreamed about this, but to have three there, back-to-back like that, it’s changing my life by the day!”

He continued, “‘She Had Me At Heads Carolina’ was literally the last song I recorded for this album and I can’t imagine if that wasn’t on there… it’s scary to think about actually!”

Interesting enough, the original version written by Tim Nichols and Mark D. Sanders was the last track recorded by Jo Dee’s for her debut self-titled album in 1996.

“It really is crazy, the story of this is the last song we recorded,” Cole said. “I don’t know if anybody listening has heard, but Jo Dee Messina’s [story] about her recording ‘Heads Carolina,’ — that was the last song she recorded on her album. That kind of stuff doesnt just happen. It’s meant to be.”

Hear more about the song, music video, Cole’s tour and his experience building a house by listening to his chat with Katie Neal above.