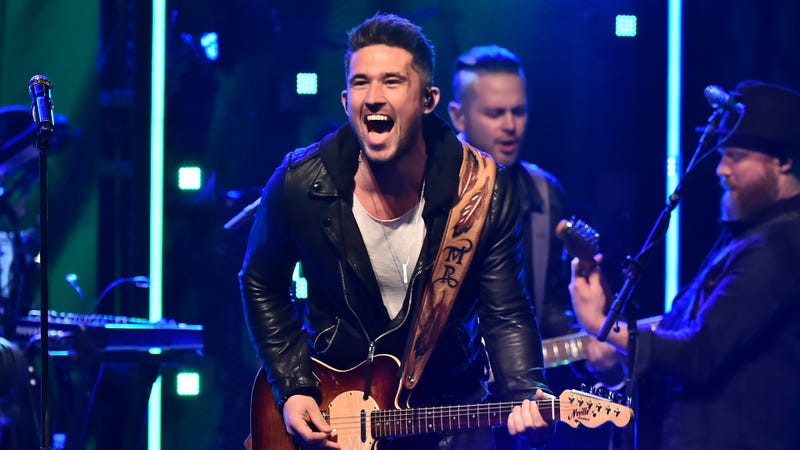 Michael Ray is doing his best to take a look on the bright side after sustaining an injury during a hazardous day on the golf course with pals Jake Owen and Kane Brown.

Ray took to social media with a photo showcasing a giant welt he got on his bum after being struck by a golf ball on the course.

“Did you know the chances of getting hit by a golf ball on the course completely accidentally is lower that 1%? “ he stated, telling fans he joined an “elite club.”

During a recent interview with Katie Neal, Ray’s pal and fellow Country artist, Kane Brown shared details about witnessing the painful event sharing Michael “took it like a champ.”

“I was about 50 feet away from him and I was waiting for him to hit his shot and all we hear is ‘fore.’” Kane shared. “It was a drive, it wasn’t like it was just like a chip, dude was driving.”

He continued, “So, it hit him, he played it cool. Luckily, Jake Owen walked away like five seconds before the dude hit it because he was in that spot, so it would’ve smacked him… Michael took a golf ball for Jake,” he laughed.

According to Kane, Ray’s injury got far worse before it got better and had it been anywhere other than where the sun don’t shine — it could’ve been a lot more serious.

Michael seems to be in good spirits despite the accident. He added a quote by Forrest Gump to his social post writing, “The best part about being hit in the buttocks, is the Free ice cream.”