It’s the stuff of rock legend, the on and off relationship between Van Halen members Sammy Hagar, who took over frontman duties in the wake of David Lee Roth’s exit in 1985, and the band’s namesake, the late Eddie Van Halen.

While Sammy and Eddie weren’t always on the best of terms, Hagar admitted this week as he coped with the passing of the guitar virtuoso, that the pair had recently restarted their friendship.

Sammy passed along a note to Howard Stern on Wednesday morning admitting they had been in contact via text, but kept their communications private in order to keep Van Halen reunion rumors at bay.

“Eddie and I had been texting, and it’s been a love fest since we started communicating earlier this year. We both agreed not to tell anyone, because of all the rumors it would stir up about a reunion, et cetera, and we both knew that wasn’t gonna happen. But he also didn’t want anyone to know about his health.

He stopped responding to me a month ago, and I figured it wasn’t good. I reached out one more time last week, and when he didn’t respond, I figured it was a matter of time. But it came way too soon.”

Earlier this year, those reunion rumors did indeed get put through the mill. While Hagar felt there was more than a good chance the band could hit the road together, David Lee Roth was less optimistic about any outings, based on Eddie's failing health.

Roth said back in July that he thought the band was done, and that he wouldn't even be able to sit down for dinner with the Van Halen brothers. “There is a fury and an antagonism,” he explained at the time. 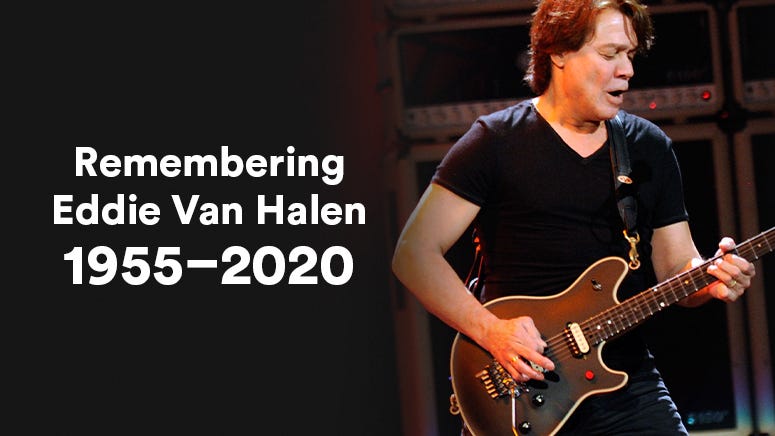