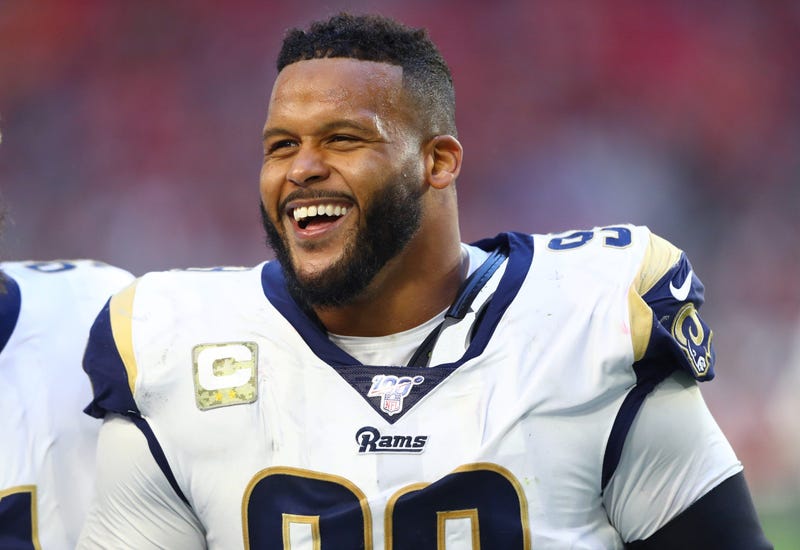 Pittsburgh (93.7 The Fan) - Two-time NFL defensive player of the year Aaron Donald doesn't allow the pandemic to get in the way of his goals.

The Los Angeles Rams defensive tackle will turn 29 on Saturday, and he gave himself an early birthday present last month, graduating from Pitt with a degree in communications.

"After I got drafted (in 2014) I promised my mom and dad that I would still get my degree," said Donald.  "It was a few years taking classes here and there, on-line classes.  It was just a process I've been working on.  It was a promise I made to my mom and dad.  Even though it took a while, I accomplished it.  They were proud of me.  I'm just glad and relieved that I'm done with school."

If there were a degree for outstanding play in the NFL, Donald would have earned it years ago.  Universally regarded as one of the league's best players, Donald's dedication to his craft is the stuff of legends.

Each offseason the Penn Hills native returns home, but he's been forced to change his intense training routine.  Typically, he would work out at the "Aaron Donald Football Performance Center" on the ground floor of the Panthers training facility, but with the weight room closed, he has returned to where he began weight-training as a 12-year-old.

"I'm back in the dungeon, my dad's basement," Donald said.  "Only difference is that I don't have the ability to train in the Pitt weight room.  You've got to understand,  it's just back to where it all started.  If anything, that just pushes you a little bit more, motivates you a little bit more.  It's not big at all, but it has enough stuff to work everything I need to work and swell up and be strong."

Workouts in the dungeon do come with a warning.

"There are certain parts of the basement you have to watch because you will definitely hit your head. I did that multiple times already."

Donald did take time away from his workouts to watch the Michael Jordan documentary and admits he "wants to be like Mike."

"I became a bigger fan of M.J., I promise you." Donald said. "How he was tough on his guys and pushing them,  I like that.  His mindset was to win, to be great, to be the best. Watching that gave me the chills. It made you want to work out or do something to make you better. It pushes you to want to be a world champion.  Individual goals come along with it, but the ultimate goal is to have that ring on your finger. It definitely is motivational to me."