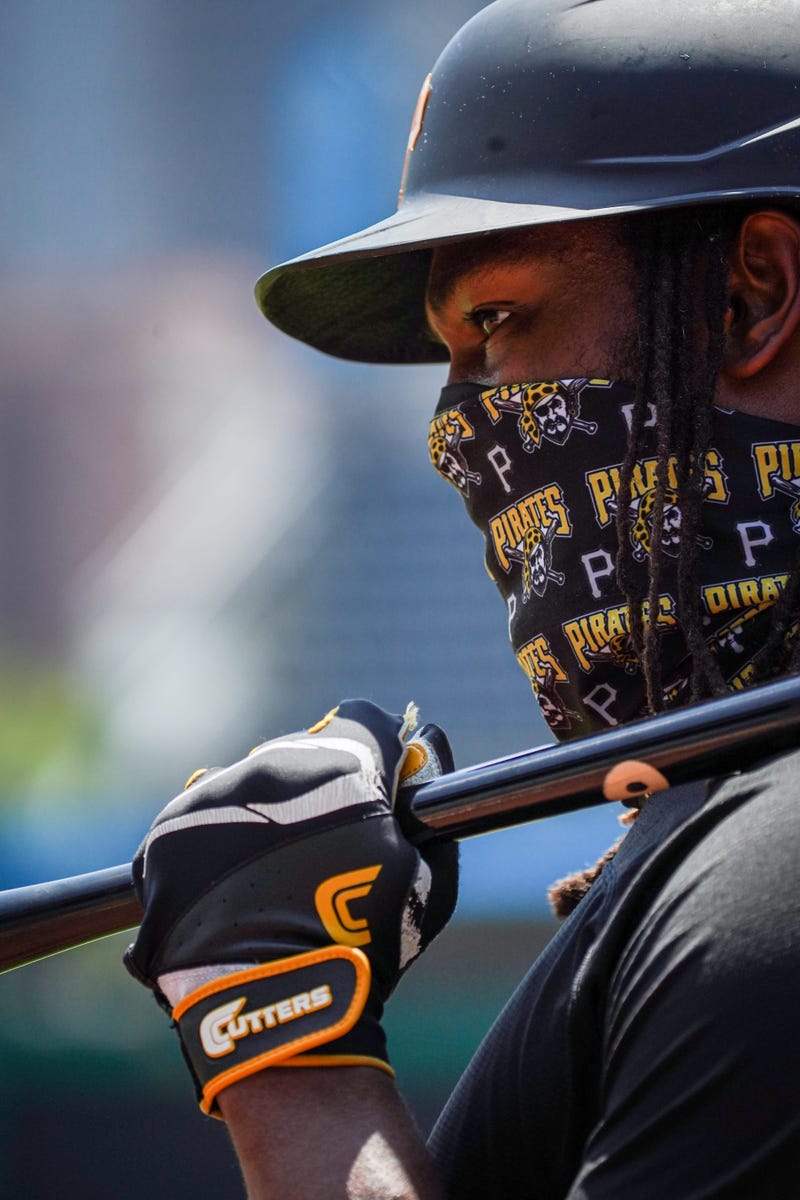 PITTSBURGH (93.7 the Fan) – For the first time since mid-March, the Pirates were back to taking ground balls, going through batting practice, doing base running and bullpen drills.  But unlike the monotony of normal Spring Training, today was a series of smiles as players got back together today at PNC Park.

“It was good to just get back out there and enjoy the stadium,” said shortstop Kevin Newman.  “Enjoy the view.  Just be out there with the guys.”

“It was a blast,” said starting pitcher Joe Musgrove.  “It felt good to be out on the mound, especially our home mound.  Getting to see guys, watching them throw, it’s been months since I’ve been around these guys.”

“It was fun, it was great,” Musgrove added.  “I think the most fun we had was just the banter back and forth.”

“Our guys did a really good job,” said manager Derek Shelton.  “I think they are excited.  Anytime you get back on the field and you get to see the scenery here, it was good.  The weather has been so nice.  I think I said I was fired up the other day.  There were a lot of people fired up today.”

Shelton said every day is an adjustment and they have to be ready to change at the last minute, as they did following news that Allegheny County went back in the yellow phase.

There aren’t expected to be fans for any baseball games this year and while that is likely in the back of player’s minds, nothing on the forefront right now.

“It was more just like a regular Spring Training work day with no fans,” Newman said.  “It’s pretty much how it is for a normal Spring Training before a game, no one is in the stadium.  So I don’t think it’s hit yet.”

Musgrove believes the Pirates have worked harder than other teams during the time away and could have an advantage over a 60 game schedule.  Musgrove loves the energy with this Pirates team.  He’s not the only one who is optimistic.

“We approach it differently as a team because it is a sprint,” Newman said.  “Everyone is in it.  There is a chance for us to get hot and do something special.”