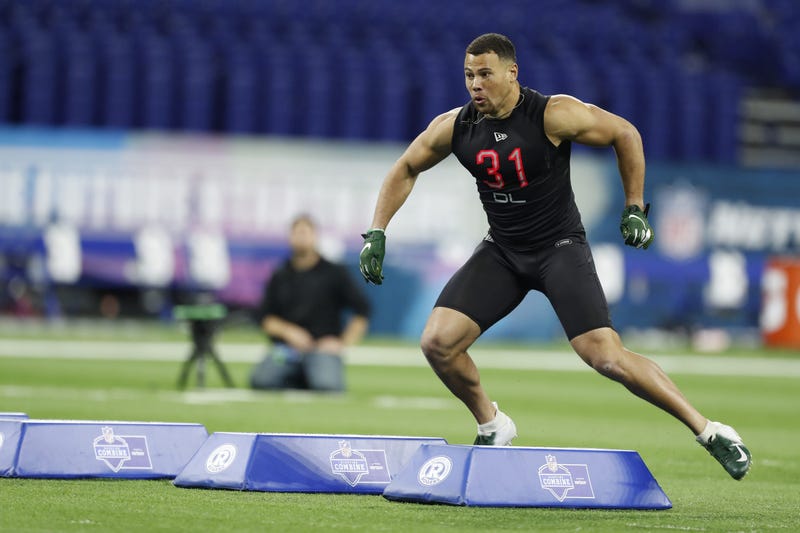 PITTSBURGH (93.7 the Fan) – When he came out of high school in Wilmington, NC, Alex Highsmith had zero offers to play division one, FBS football.

He ended up as a walk-on with the Charlotte football team, a school that didn’t start football until 2013 and joined the FBS in 2015.

Highsmith was helped by the son of a rival high school coach who was a graduate assistant at Charlotte, gradually he climbed from one sack as a freshman to two as a sophomore and then three as a junior, but 18.5 tackles for loss and then his senior year, the explosion.

“What he did as a walk-on,” said Steelers GM Kevin Colbert who drafted Highsmith in the third round Friday night.  “That was a special teams standout as a young player, to end up putting up the stats he had this season.  We don’t think this kid is anywhere near where he might be somewhere down the road.”

“It’s obvious he’s a technician,” Steelers head coach Mike Tomlin said.  “He studies the rush element of play.  He took a significant step in 2019 in terms of developing his rush repertoire and I think it was obviously beneficial in terms of his production.”

A defensive end the last two years in college, Highsmith will have to transition to outside linebacker

“I’m ready for the challenge,” Highsmith said.  “Me being from a smaller school, some of my best games have been against the top five teams we’ve played.  I’m excited for the transition.  I will do whatever I can to be the hardest worker on the team.”

Colbert said this won’t be a redshirt year for Highsmith, they expect him to contribute against improving divisional competition.

“Alex gives us quality depth where you need quality rush men,” Tomlin said.  “We now have three Heisman Trophy winning quarterbacks in the AFC North.  We gotta employ people to hunt those guys.  Hopefully he will aid us in that regard.”