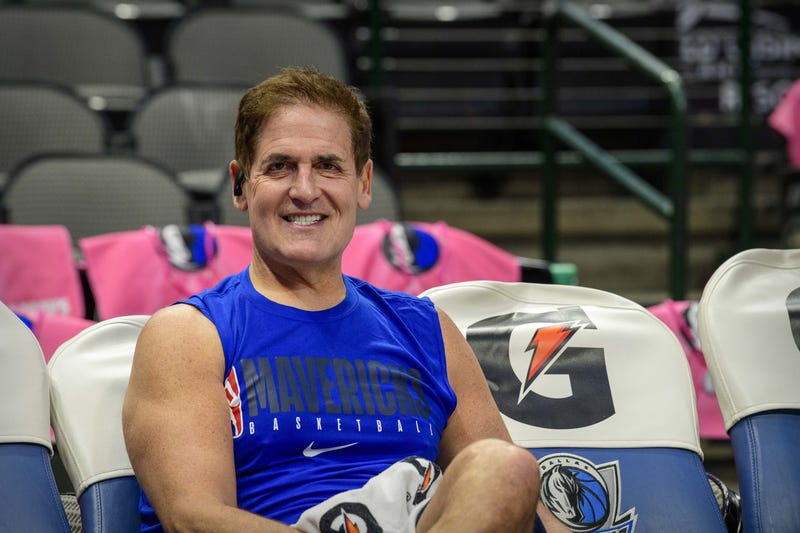 Pittsburgh (93.7 The Fan) - He is one of professional sports most-outgoing and charismatic owners, and Mark Cuban doesn't shy away from offering his thoughts on a wide-variety of topics.   The Mt. Lebanon native and owner of the Dallas Mavericks told the PM Team he believes professional sports could have games being played in two months.

"If things really go our way, it's not inconceivable to me--and this is me being hopeful and not being scientific--that we could potentially play games in early June," Cuban said.

But Cuban's optimism is rooted in science and medicine.

"I think we're coming back," Cuban said.  "I can't tell you exactly when, but this is purely a science and doctors thing. My attitude always is it's not about if the glass is half empty or half full, it's who's pouring the water.  In this particular case, it's the scientists pouring the water.  All I know from all the science and everything that I'm reading, I think we're making enough advances that several of them will come through so we can start planning what a comeback would look like.  I'm a big believer in American exceptionalism, and everything I'm starting to hear in terms of the science is coming along and the medical advances that we're making to fight this thing makes me very positive. If I had to bet, and this is more a guess than a bet, I'd say early June is when you see teams start to take the field and maybe play games just for television."

Cuban also addressed each of the four major spectator sports.

"Now when do we get to a point where we can, with confidence, say 'our players are going to be healthy and play games with no fans' I don't know.  Particularly with football and hockey it's a little bit more difficult.  I think baseball is the easiest because there is far less contract and basketball comes after that."

Cuban touched on a wide-variety of subjects with the PM Team.  The full interview can be heard below.