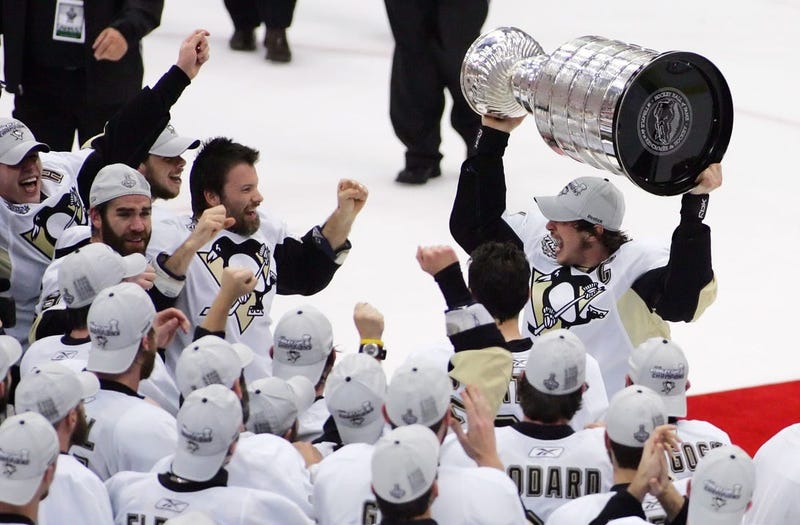 We are all trying to be optimistic as we see signs that hockey and other sports might be working on plans to return to play but Penguins Broadcaster Bob Errey tells Cook and Joe when he joined them on Thursday he has never not thought there would be hockey again this season.

“I’ve been optimistic all through this,” Errey said. “You got to do what you got to do safety first. I think it’s time with the some of the correct precautions  that seem to be in place and to kind of male these steps forward. It’s never a perfect world. There is a lot out there that can trip us up but I’m optimistic.”

The return to play will be a 24 team tournament that will eventually determine a Stanley Cup Champion and Errey is in favor of it.

“I like it.” Errey added. “Nothing is perfect…everybody is gonna have a gripe buy you know if you’re good enough you’re gonna win your rounds, you’re gonna get through.”

He said the Pens getting Jake Guentzel back for this run gives them a real shot to get through this tournament and hoisting lord Stanley at the end of it. He gave them no shot without him.

The Pens are slated to open with the Montreal Canadiens in a five game series…what does Errey think of the matchup?

“:It’s gonna be a tough one.” Errey said. “They certainly have enough talent to beat anyone in this league. They are a ,500 team Montreal. They have great goaltending and in a 5 game series Carey Price could stand on his head but I like our goaltenders guys. We had one in the All-Star Game and another with 2 Stanley Cups.”

The one with 2 Stanley Cups of course is Matt Murray and Errey said would be his choice to start in Game 1 saying that when he is on he is the best in the business.

He says there is no reason why Murray can’t win a 3rd this year.

“I love the Penguins chances.” Errey told the guys. “I don’t see the level of play being down at all. I see a Stanley Cup on the line. I know what hockey players play for it’s all about that holy grail and I see the Penguins being in fine form and being as good as shape as everybody to challenge for that Stanley Cup.”