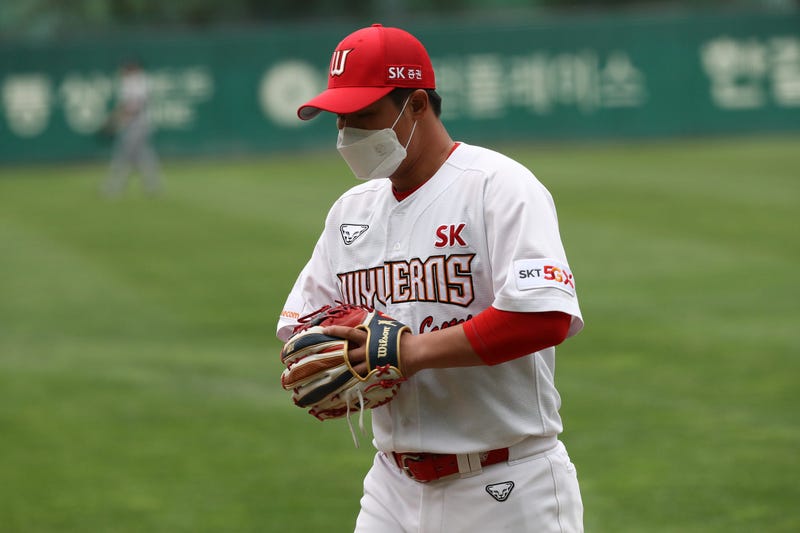 It’s only two days into the Korean Baseball Organization baseball season but KBO and MLB Insider Daniel Kim tells the Cook and Joe Show it’s been a success and it’s good to have baseball back.

“The quality of the play has been good,” Kim said. “But at the end of the day we are all baseball fans and we have something to watch every night and that’s what feels wonderful right now.”

It’s been tough times in Korea just like here in the states but having baseball back is playing a role in helping the them get through it.

“There is baseball.” Kim told the guys. “We can get away from all the difficulties we are facing right now a couple or 3 hours a day and that is very comforting.”

Kim says he among the fans in Korea didn’t realize just how much they missed watching games until they didn’t have it anymore and despite playing in front of no fans each night there is baseball and so far it has all been positive and it provides hope that maybe we can do the same her soon.

As Kim points out the coaches and umpires must wear masks and gloves but for the players once they arrive at the stadium it’s a pretty normal feel to what they are used to.

There are plans in place should any player or member of the coaching staff test positive for Covid-19.

“Three weeks of shutdown  in entire league not just 1 or 2 teams. “ Kim said. “”Just one positive test will shut down the league for three weeks.”

If a support person or front office person should test positive it would not require a league shutdown but rather that the stadium will be quarantined for two days to have a deep cleaning done.

The media covering the teams are adjusting to a new normal as well as they have no access to the field or the clubhouses to talk to the players but are allowed to be in the press box and have access to the mangers of the teams pre and post-game but those interviews are done in the stands with media wearing masks and practicing social distancing.

“There are challenges.” Kim said. “Were not getting the access to the players but none of us are complaining, We understand the reasons behind it.”

Kim says the fans have shown there interest in watching the games on their TVs or smart phones as ratings are four times higher than they were at any point last year and with pre-season and intersquad games being televised it prepared the fans and players for what it would look like with these games being played in empty stadiums.

“It was strange at first.” Kim added. “By the time the regular season came along yesterday players were used to it. The fans at home kinda had some time to it as well.”

So what about a possible return for the KBO for former Pirates IF Jung Ho Kang?

“Oh my goodness….I think he wanted to look into coming back to the KBO” Kim said. “It wasn’t met all that positively by the fans.”