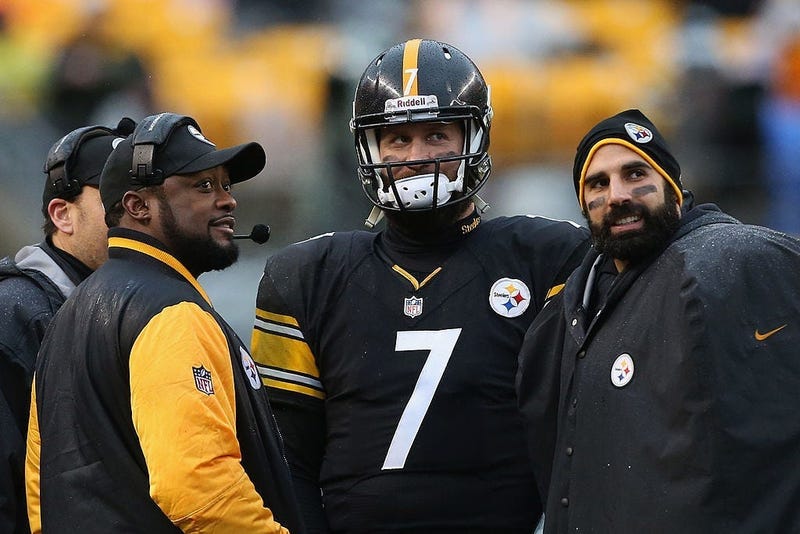 PITTSBURGH (93.7 The Fan) - We're about a week away from the NFL Draft and there has been talk about the Steelers drafting any number of positions with their first pick, which comes in the second round.

The most intriguing though may be the talk about the Steelers taking a quarterback in that spot to prepare for life after Ben Roethlisberger.
Former Roethlisberger teammate Bruce Gradkowski joined The PM Team with Andrew Fillipponi and Chris Mueller to tell us about the conversation he had with Ben on his SiriusXM show about the idea of the team drafting another quarterback to eventually replace him.

"They have to do what they have to do," Ben told Bruce, adding that they currently have quarterbacks behind him on the depth chart,"but if they feel like there's a better one out there, then they gotta go get him."

Bruce says it felt like "an honest answer" from Ben and he isn't the type that is motivated by guys behind him, he's always motivated to be the best player he can be.

But what does Bruce think the Steelers should do about addressing life after Ben, whenever that may be?

"That's just a hard thing to navigate, right?  I think if you're the coach, if you're the GM, you want to win now.  You're not planning too far ahead, but you also do have to plan a little bit ahead in the sense of that position."

So what will the planning ahead look like?  Bruce has thoughts.

"They go through this season as is, and next year, when they're back with a first rounder, maybe you see something different happen and then they pull a move that they really go up and get someone that they see and they want."