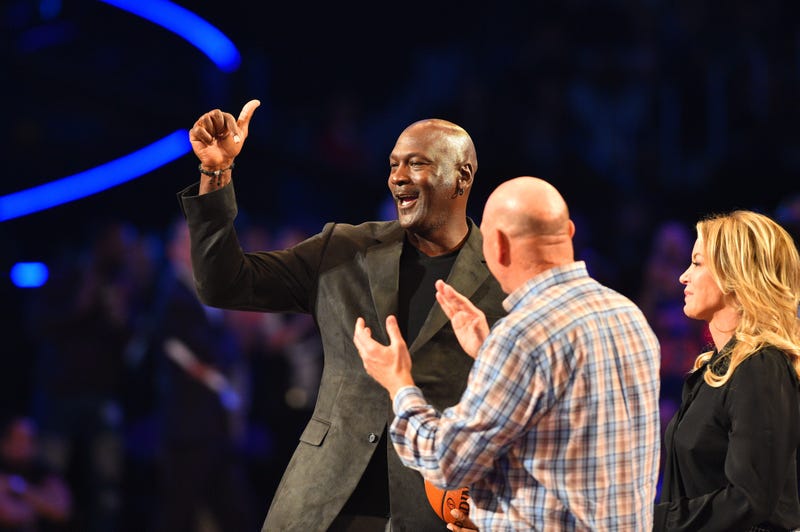 PITTSBURGH (93.7 The FAN) - Former Nike executive Sonny Vaccaro's name is synonymous with shoe deals for athletes and his biggest get was convincing Nike to give Michael Jordan the money to sign his first shoe deal with them.

Vaccaro joined The PM Team to talk about how Jordan signing with Nike was portrayed on "The Last Dance" documentary without him appearing on the episode despite the major role he played in bringing the two sides together.

"There's revisionist history," Vaccaro said.  "The truth shall be known."

Vaccaro added that he hasn't watched an episode yet and won't watch until all 10 episodes are out, but he was interviewed for two and a half hours outside of his home for the documentary.

Vaccaro took us behind the scenes of the role he played in bringing Jordan and Nike together.

"It went down because Sonny Vaccaro told three, four honchos at Nike in 1984, and Phil Knight wasn't involved...Phil didn't come...It was my vote, my vote alone that everybody ended up doing when I said, 'Give the kid all the money."

What has changed then that in 2020 Vaccaro isn't viewed as being close with Michael Jordan?

Despite their relationship now, Vaccaro says "Without me, he doesn't sign.  We don't go through all those romantic stories about Adidas and no one was paying him.  That doesn't happen.  There's no Air Jordan."

If there's no Air Jordan though, does that mean Jordan's legacy wouldn't be what it is today?

But because of all that, Vaccaro thinks that puts Jordan in a category all of his own.

"There's just room for one.  Only one Mona Lisa, that's all.  No one else can paint her.  Just one.  One Sistine Chapel.  All the great art work.  This is a work of art.  Air Jordan is a work of art that will live for years."

What does Vaccaro make of his omission so far from the documentary and Jordan having say over what does and doesn't get left on the cutting room floor, as many have speculated.

"Do you really believe that Michael would let anything out that he doesn't want?  That's when you are a Michael Jordan in the world.  You have the last say in anything you do."