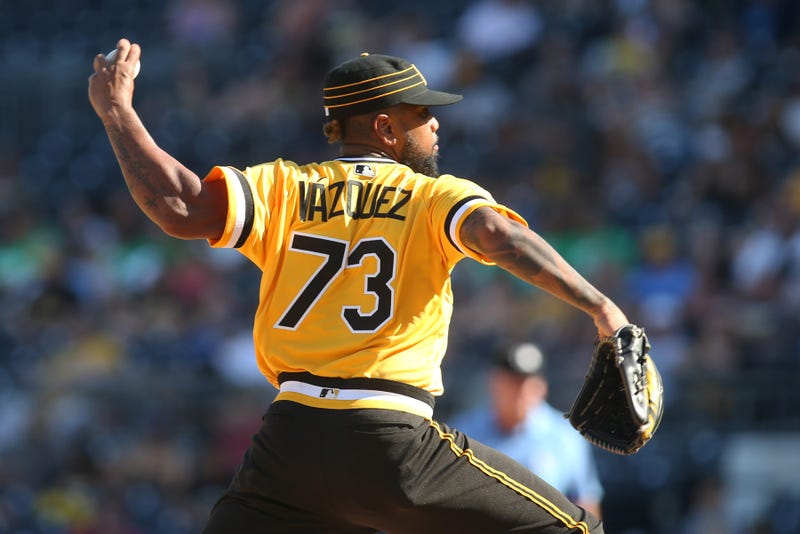 Former Dodgers GM Ned Colletti opened up on The PM Team about the staring match the Pirates and Dodgers had involving a Felipe Vazquez trade.

The Dodgers from the beginning of the negotiations made it clear to the Pirates that Lux was an untouchable in this deadline.

“Nobody knows the players more than the organization itself. I gotta assume strongly that both Gavin and Dustin are going to impact this team very soon, said Colletti.

With the amount of success the Dodgers have had over the years, the young aged players are a huge factor for them.

As long as they can keep that core together and not a core that gets old, I think that you’re seeing something special with the Dodgers. The core of that club is not even 25 years old because they hold onto guys (5:09)

The Dodgers have been so successful with their farm system and they have had low draft picks because of the success of the club.

“You have to have good scouts and good development coaching. They come in and they are gung ho and they aren’t all top picks.”

In Chicago they went 108 years without a championship, the Cubs traded Gleyber Torres to the Yankees for Chapman and won a World Series. Why didn’t the Dodgers do this with Vazquez?

“If you look back at game 6 and game 7, it wasn’t because of Chapman that they won the World Series. There’s no guarantee that you end up winning it because you win July 31,” said Colletti.

Listen to the whole interview with Colletti down below