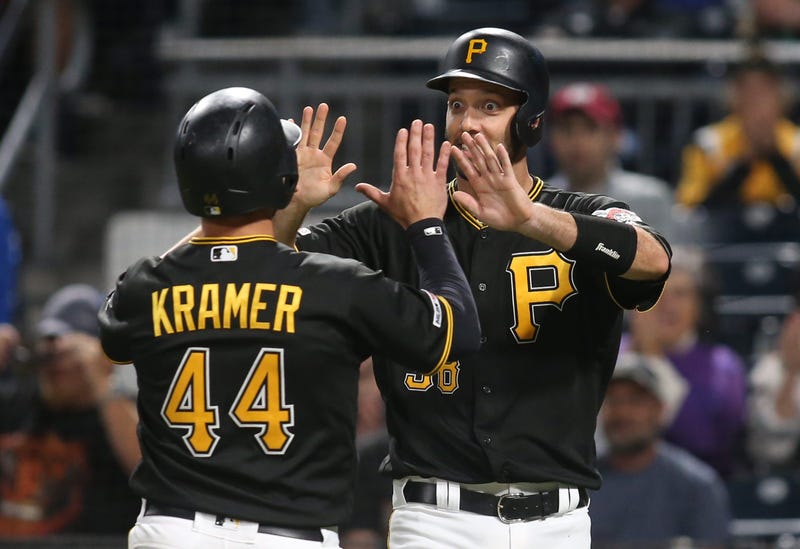 PITTSBURGH (93.7 The Fan) - The Pittsburgh Pirates would take out some frustration Tuesday night as they opened up their final homestand of the 2019 season at PNC Park defeating the Chicago Cubs 9-2 in game one of the three game series.

In what was Keller's final start of the 2019 season, there were plenty of positives that he can take into the off-season as he now knows what he needs to work on when he starts his preparation for Spring Training next season.

After scoreless relief appearances by Chris Stratton and Francisco Liriano in the sixth and seventh innings, the Pirates offense finally woke up against Hendricks in the bottom of the seventh with a leadoff double by Adam Frazier.

After singles by Jose Osuna and Colin Moran loaded the bases, Jacob Stallings would bring home the first two runs of the game for the Pirates.  Kevin Kramer would then bring home Moran with a double into the right field corner followed by a ball hit by Erik Gonzalez that Cubs second baseman Ben Zobrist couldn't handle that would score Stallings and Kramer to give the Pirates a 5-1 lead.

The Pirates offense has struggled over the past couple weeks, but they were able to break out tonight, put some runs up and kind of run away with a game for the first time in awhile this season.

In the top of the eighth, the Cubs would get one run back, but in the bottom half of the inning, after Jake Elmore would leadoff the inning with an infield single, Gonzalez would put one into the seats in right centerfield for his first home run of the season to give the Pirates the 9-2 lead.

It has been an up and down year for Gonzalez this season from earning the starting shortstop job out of Spring Training to losing his starting job after getting injured in a collision with Starling Marte and has quietly had a good month of September for the Pirates.

Gonzalez now has an 8-game hitting streak after hitting the home run Tuesday night. He doesn't know what management's plans are for him heading into the off-season and next season, but that is out of his control and all he can do is perform out on the field and show how he can contribute and help this team win.