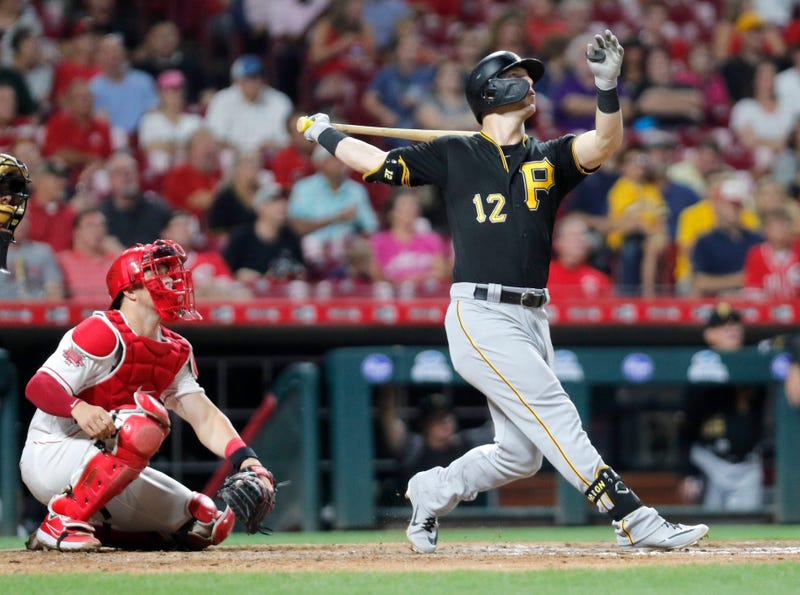 PITTSBURGH (93.7 The Fan)- 93.7 The Fan is very fortunate to have a former Major League general manager on staff to tap into a legitimate source of knowledge on days like today.

As we head toward the 4 pm MLB trade deadline Wednesday, The Fan Morning Show talked to former Executive of the Year and Seattle Mariners GM Jack Zduriencik about what is really going on between league GM's as they negotiate and finalize their deals.

"It used to be years ago that it was always phone conversations but I think the new group of general managers, there's a lot of text messages going back and forth," said Zduriencik. "You get up in the morning, I was on the west coast (Seattle) so I'd get up in the morning at 6:30 or so on a day like today and I'd have three text messages from somebody on the east coast saying, 'Call me or text me, would you do this or would you do that.'

These conversations have been ongoing, in some cases they were conversations that happened in the winter time. You were contemplating some type of move and they translate into the season and now you're at the trade deadline and the scenarios are different for all clubs based on where your club is at in the standings.

So what happens today is you've done your ground work, you've probably had a lot of phone calls over probably the last several weeks. So now you're sitting there and you're trying to, if you're going to do a deal, you're trying to finalize deals or you're trying to put the cherry on top of the ice cream. You're trying to entice the other club to do the deal. That's a lot of give and take, a lot of discussion back and forth.

Then you have your lieutenants with you, so whoever you trust, your farm director, scouting director, director of pro scouting are all in a room with you typically and you guys are going over a bunch of scenarios. The latest updates, who's doing what, where. So it's a lot, there's a lot going on but it's not chaotic in any way at all because you know what's happening. It's just a matter of the pieces falling into place for you."

Jack went through what the discussions between Pirates GM Neal Huntington and Dodgers GM Andrew Friedman might look and sound like today as they continue to negotiate a Felipe Vazquez deal. He said it depends on where they left the conversation and gave a few warnings as to what our perception is on the outside compared to what is actually going on.

"The one thing you can be assured of is not everything you read is accurate. Not all the information out there is exactly as it is. So you have to take that with a grain of salt.

And as much as you think that Pittsburgh is holding LA's nose to the grindstone like, 'If I don't get Lux I'm not doing this deal.' Well, in the same sense, Andrew could be saying, 'Great. That's fine, because I've got Plan B out there and I'll go to Plan B and it won't be quite as expensive and it will be beneficial to our ball club. So you weigh all of that and at the end, you come to a decision."

Jack thinks the Pirates have some holes to fill on this roster right now, particularly with the starting pitching with the uncertain future of Jameson Taillon.

He also commented on the unique situation in Cincinnati last night in which Yasiel Puig was participating in an on-field fight while technically being a member of another team. That just can't happen.

"Once that deal is agreed upon, once you say 'yes', I don't care what the circumstances are, you call down to the dugout if you're the general manager of the Cincinnati Reds and you get that player out of the game. There's no excuse why that guy was still in the ballgame."