The Antonio Brown experience has yet to end well for any team that employs him, but Bruce Arians – at least publicly – is trying to see the bigger picture.

Brown, after serving an eight-game suspension in 2020, joined Tom Brady, Arians and the Tampa Bay Buccaneers, playing a key role in the playoffs as they won the Super Bowl.

But last season saw an abrupt end to Brown’s time in Tampa, as he shed his pads on the sidelines during a January game against the New York Jets and stormed off the field. He was cut immediately and has yet to land with a new team.

Arians worked with Brown on the Bucs as well as with the Pittsburgh Steelers. During an appearance on 93.7 The Fan in Pittsburgh, Arians was asked what he thinks when someone says Antonio Brown.

“Great player. Great player,” Arians said on "The Cook and Joe Show". “Practices hard and plays as hard as anybody I’ve ever coached and I wish him well.”

The way Brown’s time with the Bucs ended is what largely will be remembered from that run. Arians is just choosing to remember the good times, apparently.

Things really started to take a turn for Brown in 2019 when he forced his way out of Pittsburgh. He then had brief runs with the then-Oakland Raiders and New England Patriots, with his own behavior burning those bridges.

As for when it all really started to collapse for the wideout, Arians isn’t sure.

“I wasn’t there when he got his stardom, but watching him on film it was just absolutely unbelievable the rapport he and Ben had together," Arians said. "But some guys handle it differently than others. I can speak of when he was with us, it was going great and then he was fighting through some stuff and it just didn’t work out in the end.”

Arians no longer is the coach of the Bucs, now serving as a consultant for the organization. Brown continues to look for a team but needs ankle surgery, and apparently he won’t get it until a team signs him. 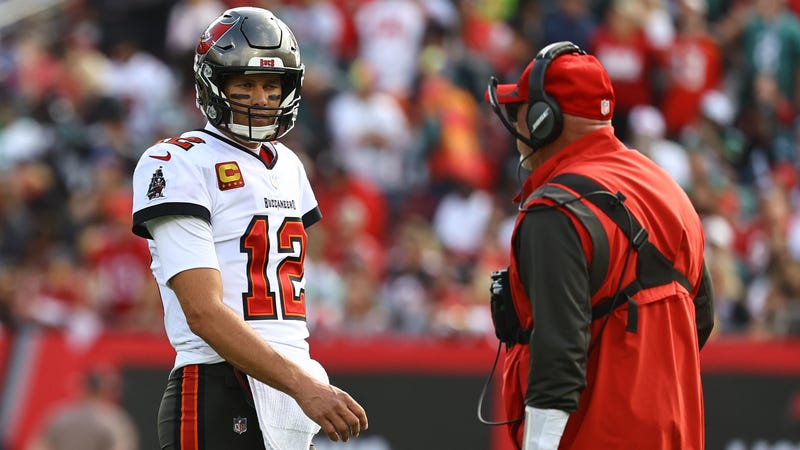