Jimbofest, celebrating the semi-retirement of Jim Colony drew a lot of fanfare on Friday, with Colin, Chris and Matt celebrating the career of the longtime, Pittsburgh sports staple.

One big fan of Jim’s called in to congratulate him on his retirement. Former Steelers head coach Bill Cowher.

The current NFL on CBS host talked about his favorite memories of Jimbo, including running around St. Vincent, where the Steelers have Training Camp.

The tradition started after Colony wanted to ask Cowher some questions after a practice but the Steelers head coach said he would talk to him but had to run with him.

Listen as Cowher talks about his favorite moments of his friend.

Another big surprise, Colony got back a book he lent to Sidney Crosby three or four years ago.

Crosby signed "The Bedford Boys" a book about World War II and D-Day for Colony. 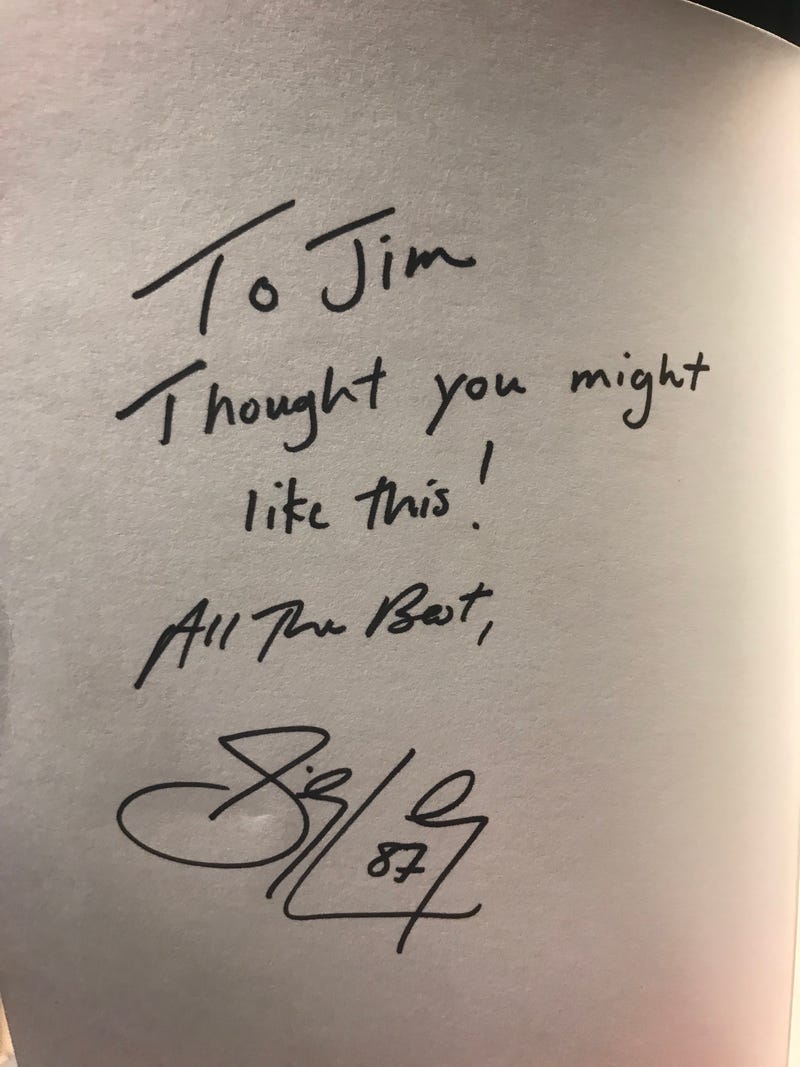 Listeners also sent in their well wishes for Jim:

Met Jim briefly when I was an SID intern during 1991 Pitt Football Camp at UPJ.  Picked him up in a golf cart to take him to his dorm.  The Sports Information Director introduced him as "the New Guy from Boston.” Enjoy retirement and all the best!

You made me laugh on a daily basis listening to you on the radio.   Most importantly, you were nice, spoke to me (unlike many others) and made me laugh in person when you were rushing past to the watch morning skate or to the locker room from the elevator to get interviews at PPG Paints Arena.

What stands out to me were the days that the media room was unavailable for the media because of the signing sessions.  You hated those days.  I felt bad for you, but you still made me laugh.   I looked forward to those days.

Thank you for being a nice guy on air and in person!