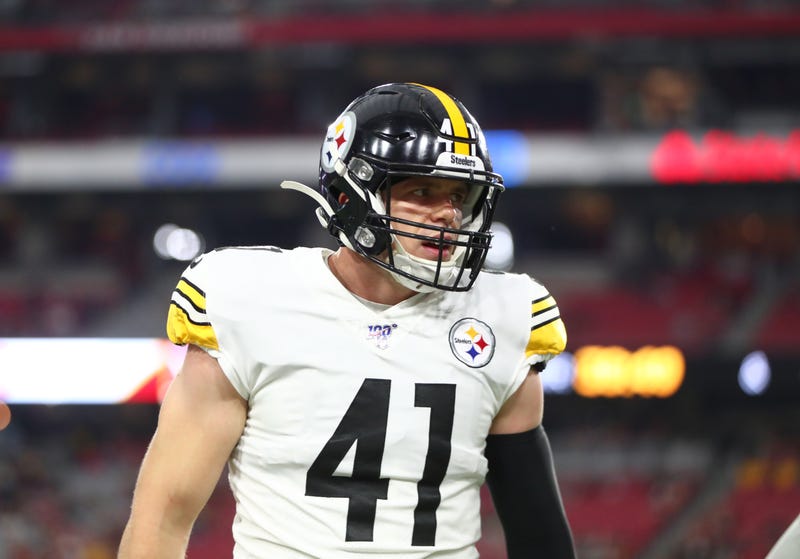 PITTSBURGH (93.7 The Fan)- Another day, another former Steeler vouching for Robert Spillane in his replacement of Devin Bush at middle linebacker.

This time it’s former guard Ramon Foster, who saw Spillane firsthand when he was on the team with him last season, on with The Fan Morning Show Friday.

Is he up to the task?

“Yes. 100%. The reason I say that is his ‘want to.’ Some guys get their opportunities or just like being on the practice squad. He was one of those guys, man, that ran around during the week like it was his game day. So given his opportunity, I think he’s going to stand up to the challenge.

Is he Devin Bush? Absolutely not. Are they asking him to be Devin Bush also? No, not at all.

My thing with him is he’s going to make the plays he’s supposed to make and he’s going to always be in the right position because he knows these opportunities don’t come like that. Now he’s got to fully capitalize on it.

As far as skill and athletic ability, he has it. My thing is, we can just judge him off of being Devin Bush. He’s going to be a guy that just simply does his job.”

Ramon is in Nashville now and is part of the morning show on 104.5 The Zone so he has watched and talked plenty about the Titans and Derrick Henry. He says the Steelers defense is uniquely qualified to keep him in check.

“Me knowing Vince Williams and the guys that play, Robert Spillane is another guy that just don’t care. They will put their face in the fan for the sport of, they just enjoy playing football. That’s the positives that I know the guys in Pittsburgh have. A lot of teams just aren’t fit like that.

You’ve seen the way we do our camps. People see us and think we’re in the stone age simply because we’re old school. We tackle to the ground, there’s backs on backers every day, there’s O-line vs. D-line every single day in camp.

Coach Tomlin and Keith Butler’s defense is one that tolerates no softness. They challenge everybody from the DB’s to tackles to linebackers to run down guys during the game.”