Don’t look now but there may be a change atop the quarterback hierarchy in the NFL after this weekend’s action. Joe Burrow led the Cincinnati Bengals past Josh Allen and the Bills in Buffalo, and it wasn’t particularly close.

Burrow has been creeping up the quarterback power rankings and he continues to give people reasons to believe in him. Allen, on the other hand, may start feeling the heat in Buffalo.

Patrick Mahomes is the consensus top quarterback in the league, but the order of the next few signal-callers isn’t set in stone. Could Burrow have passed Allen after another strong playoff performance?

Danny Parkins and Andrew Fillipponi of the Audacy Original Podcast “1st & Pod” talked about Burrow taking a step forward and Allen taking a step back after the Bengals’ blowout win in Buffalo.

“Do you believe – because I’ve been guilty of this too, a lot of people have. We’ve said Mahomes one, and then Allen-Burrow or Burrow-Allen two-three or three-two,” Parkins said (15:32 in player above). “Do you believe that after this game, this performance it will now be a consensus opinion that Joe Burrow is better than Josh Allen?”

“Yes. Yeah, I do,” Fillipponi said. “Josh Allen, I don’t think he’s going to get blamed for this game in a way that like the stat line is so bad, there are big turnovers. He did not have the turnover thing happen to him in this game like it did last week against Miami. He, for the most part, kind of cut that out. It’s not like he was making these ‘Oh my God, boneheaded, brainfart’ situations. It’s just that the other guy was so much better.”

Burrow completed 23 of 36 passes for 242 yards in the snow. He didn’t turn the ball over and threw for two touchdowns – plus a third to Ja'Marr Chase that was controversially overturned after review.

Allen, on the other hand, only found the end zone via a quarterback sneak and threw an interception on 25 of 42 passing for 265 yards in the loss.

“It’s just that Burrow, there’s a calming presence about him where he seems so unnerved and he never gets rattled. That composure started from the very beginning of the game,” Fillipponi continued. “He’s winning road playoff games. He’s done it now in the snow in Buffalo and he did it at Arrowhead last year.

“Like yeah, he should be the number two quarterback in the league, and look, I don’t know how long he’ll be number two if he beats Mahomes again – with an asterisk, probably; we’ll get to that. What more does he have to do? The Bengals were a hapless, woebegone franchise that never won playoff games and had a cheap owner, and were looked at as one of the sad sack organizations in professional sports. And in the span of three years, he’s completely changed that. So he better be the second-best quarterback in the league.”

Burrow turned the Bengals around and he’s turning the quarterback rankings upside down as well.

“Yeah, I think that it is a no-brainer,” Parkins said. “I think Josh Allen’s going to get a ton of heat. I think that the pressure’s going to turn up big time, man. He had the pick and I could not believe that that fumble was overturned.”

Burrow and the Bengals will now travel to Kansas City for the AFC Championship Game. It’s familiar territory for Cincinnati, who overcame a 21-3 deficit to beat the Chiefs in dramatic fashion last year. 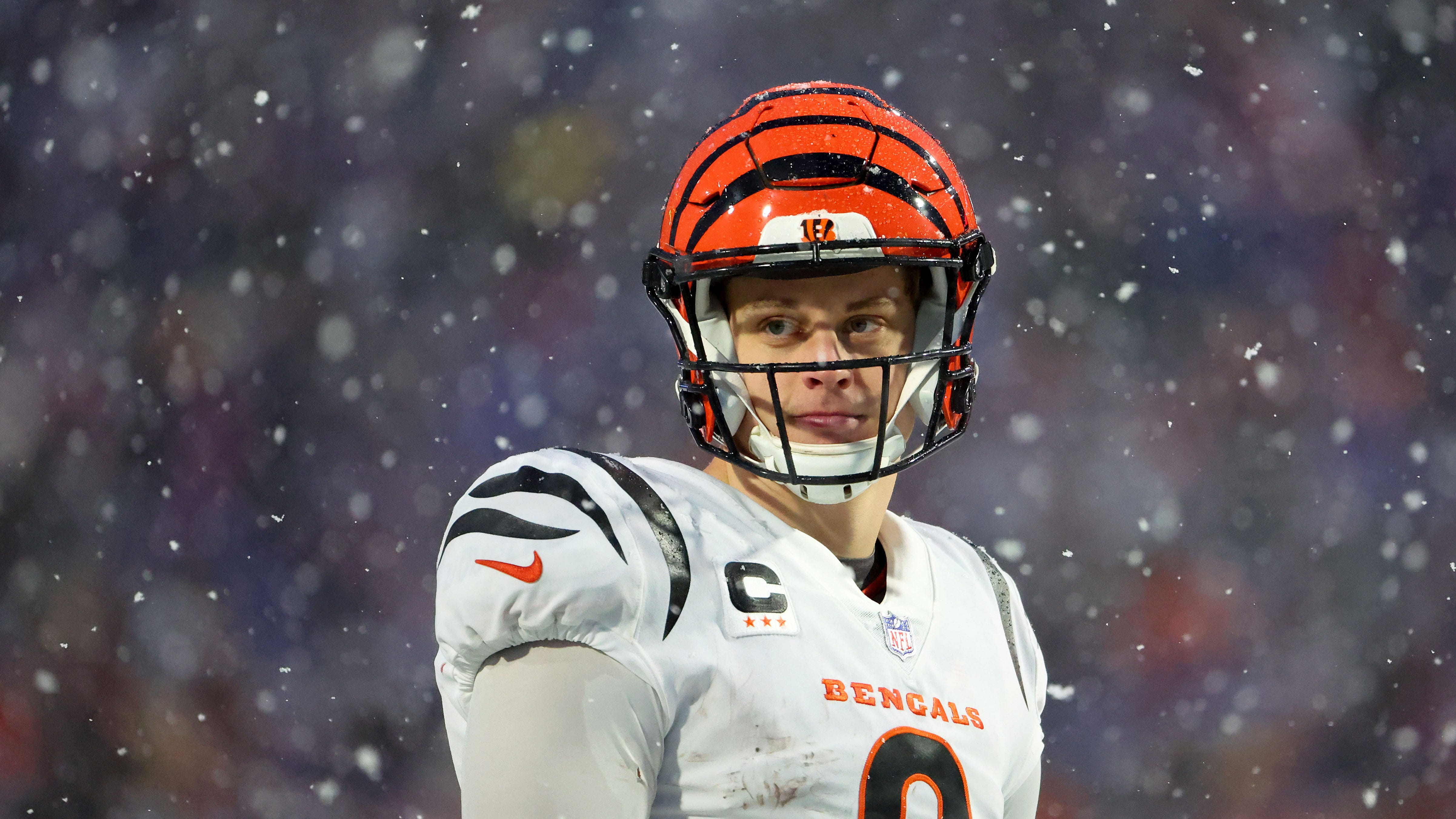