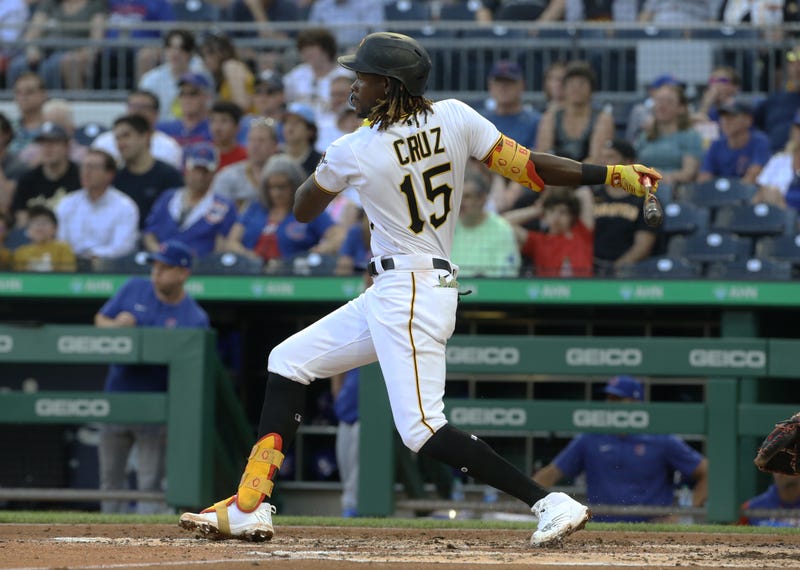 Sure, the Pirates swept the Dodgers earlier this season and took 5 out of 6 during a stretch. That did get people to check in briefly with them.

But…then came a nasty little 9-game losing streak to knock those interest levels back down.

At 13 games under .500 with no real reason to believe it was going to get much better, the Pirates called up Oneil Cruz.

He’s a guy we obviously saw before but, let’s be real here, it was for 2 games in October of last season. Were any of us still watching the Pirates at that point?

What they got from Oneil Cruz on Monday was absolutely perfect. I mean, Pirates management couldn’t have all become scientists, concocted some kind of player-making brew, gone into a lab and come out with a more captivating set of skills and optics than what Oneil Cruz has provided over his first 2 games.

He showed off every bit of his game. He backhanded a ball in the hole at shortstop and threw a 96.7 mph missile to first base.

Still not over this 96.7 MPH throw from Oneil Cruz 😳

He hit the hardest ball by a Pirate this season

Oneil Cruz’s first hit of the season was 112.9 MPH off the bat 😳 pic.twitter.com/hVmrblctXX

Then came back with another RBI hit that measured at 111.8 mph to beat the shift.

This one was 111.8 MPH! pic.twitter.com/qQAyoH9lAu

Now people are breaking down his physical tools and comparing him to world class athletes from other sports.

This is EXACTLY the kind of the thing the Pirates needed, even to just spark a little interest around the team. Of course, this is no disrespect to Jack Suwinski who has impressed and surprised a lot of people with 11 home runs already this year. Also no disrespect to Roansy Contreras who has a crisp 2.89 ERA through his first 6 Major League starts and looks like the real deal.

Those guys will hopefully turn out to be nice players. But Oneil Cruz brings the “freak” factor. He is doing things that nobody else can do. No matter what the sport, we love to see professional athletes do the unusual.
To “wow” us. That’s the essence of why we love to watch them play.

Bryson DeChambeau had sports fans captivated for a while because he could drive the ball further than anyone else was. Shohei Ohtani is the best two-way player we’ve ever seen. Steph Curry has become the best 3-point shooter we’ve ever seen and takes (and makes) shots that are deeper than anyone else though to attempt. Nobody has done or is currently doing what they’ve doing.

That’s what we have in Cruz here. He’s a 6 foot 7 shortstop, the tallest to ever play his position, and he’s already putting up numbers that the team hasn’t seen all year. No other top prospect could provide the kind of jolt he is supplying right now.

Now look, it’s only been a few games. I get it. I’m not putting Oneil Cruz into the Hall of Fame. I’m not even sure he’s going to stick at shortstop for the long term or hey, even be a Major Leaguer long term.

But what I do know is that, even for this little bit of time, people are intrigued by him. He’s making people consider going to Pirates games that maybe otherwise would not. All in a couple games’ work.

The Pirates need a uniqueness, they needed a “must-see”. He's the new "Freak Show" taking over Pittsburgh since 1997.

They’ve got one with Oneil Cruz. Now let’s see what he becomes.