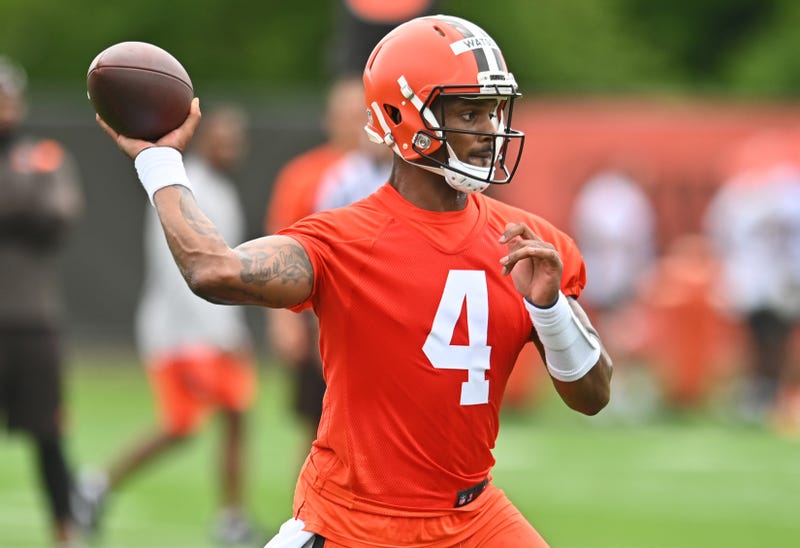 (93.7 the Fan) As the trial against Deshaun Watson winds down and everyone awaits a ruling from Judge Sue Robinson, experts continue to believe Watson will miss time with the Cleveland Browns.

NFL Jason La Canfora spoke with Andrew Filliponi on the PM Team and said that he doesn’t expect Watson to play with the Browns at all.

“I don’t know if Deshaun Watson is ever going to play with the Cleveland Browns,” La Confora said. “If he is told to sit on the sidelines for a year, what more comes out during that year?”

According to a New York Times report, Watson met with at least 66 women for messages in a 17 month period.

The great NFL insider @JasonLaCanfora on @937theFan: "I don't know if Deshaun Watson will EVER play for the Cleveland Browns."

“I wouldn’t not hazard a guess on how many games he starts for the Browns,” La Confora said. “I have to see him start one before I even consider it.”

When asked if the Browns looked into the situation surrounding the quarterback, La Confora said there wasn’t any.

“Nothing,” La Confora said. “Jimmy Haslam doesn’t know this dude. He kept throwing money at him.”

According to La Confora, the Browns didn’t do any sort of research into the allegations and spent minimal time talking to Watson.

The Browns are on the hook for the entire contract and have all bug dug themselves into this mess.

They spent minimal time talking to Watson, and guaranteed the entirety of the $230 million contract.

Regardless of innocence, signing someone with those kind of and that amount of allegations shouldn’t be earning a record setting contract.