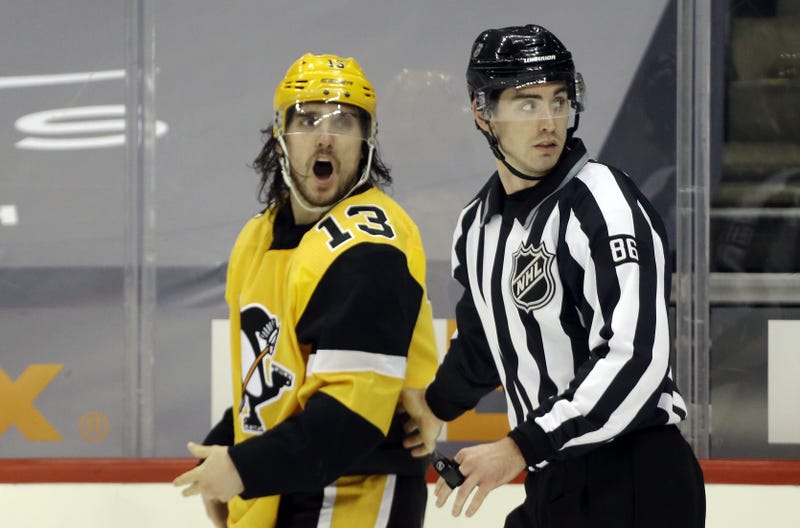 The Penguins surprised some people when they chose to protect 36-year-old Jeff Carter against the Seattle Kraken expansion draft over Brandon Tanev this weekend.

The Fan Morning Show debated this move Monday morning and brought national NHL writer Scott Burnside of The Athletic into the conversation for some more insight into the decision.

He said that some uncertainty around Evgeni Malkin’s injury (knee surgery directly after the season) and recovery may have factored into keeping players capable of playing down the middle.

“I think Ron Hextall, Brian Burke and the hockey ops department felt that there was a very good chance that Seattle would have taken Jeff Carter. I thought he was excellent after coming over from Los Angeles, he’s a proven winner and that was a legitimate concern that Jeff Carter would be taken. So you’re looking at the depth down the middle, that’s why Teddy Blueger is on the protected list, the strength of this team needs to be maintaining strength down the middle.”

But keeping Carter came at the expense of not protecting a man who was quickly becoming a cult hero for his fiery and scrappy play: Brandon Tanev.

“I’ll be surprised if Brandon Tanev isn’t selected by Seattle,” said Burnside. “It’s a healthy contract, he’s got $3.5 million annual cap hit. But I think he’s the kind of player that Seattle will be looking at.
They’ve got some high-ticket items available to them but I think he fits in that bottom nine nicely and will play that style of hockey that made him so popular in Pittsburgh. He would be popular in Seattle.”

The expansion draft will take place on July 21 and the Kraken will submit their list of chosen players to the league and the NHLPA that morning, with the list being revealed to the public starting at 7 pm.