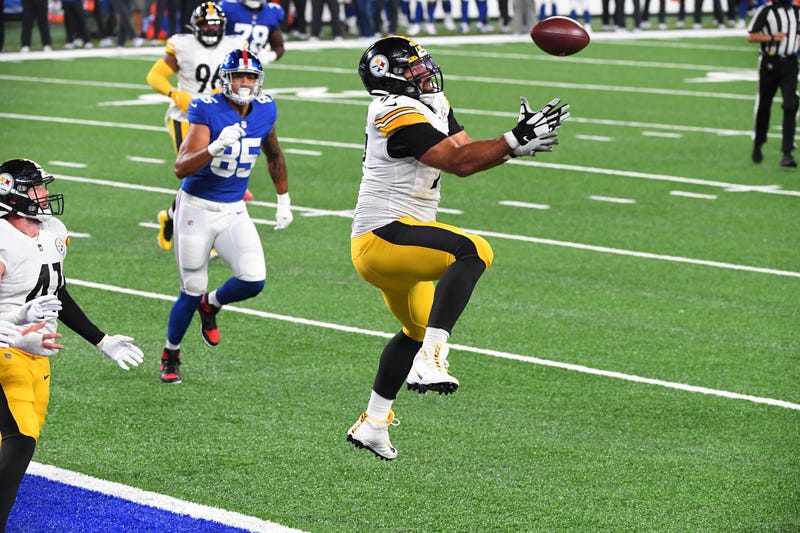 PITTSBURGH (93.7 The Fan)- It’s well-known that the Steelers boast one of the best defenses in the league, but just how good are they?

Lead NFL analyst for Pro Football Focus Sam Monson joined The Fan Morning Show Tuesday to highlight some individual players and the numbers they’ve posted according to their analytics at PFF.

“TJ Watt is a phenomenal player right now. He had a good argument, I think, to be Defensive Player of the Year last season. I think he would have been a deserving player and then this year, he’s picking up exactly where he left off. If anything, through 2 games, he’s on a slightly better pace than he was a season ago. He’s right up there with the best in the NFL in terms of total pressures. His pressure when it comes is quick, it’s decisive. Not all pressure is created equal.

Bud Dupree actually has one more pressure than TJ Watt this season, but his grade isn’t nearly in the same area because he doesn’t win typically as quickly, as decisively, as convincingly as TJ Watt does. But when Watt is that good, it ensures that Bud Dupree is never getting extra attention.
He’s never getting the chip blocks, he’s never getting the extra bodies dedicated to protections.

Also, Cameron Heyward is right there. He’s picking up again where he left off a year ago as basically the best interior player in the NFL that isn’t Aaron Donald. Donald is in a world by himself for the Rams, but Cameron Heyward was as good as anybody else last season and he’s doing exactly the same thing this year.

The extra string to the Steelers bow this season is they’re blitzing more than any team in the NFL. I don’t know if they looked at what the Ravens did last season, Baltimore was by far the most blitz happy team in the NFL, they blitzed like 55% of the time. The Steelers were nowhere near that.

But this season so far, they’re up at 62%, Baltimore is there at 55% but the Steelers have jumped ahead of them and those two are by far the most blitz heavy teams in the NFL.”

After two weeks, the Steelers have had both Benny Snell and James Conner rush for over 100 yards in a game. But many believe the running game has left some to be desired. Monson outlined the reality for running backs in the NFL, especially when a team is missing one of the best guards in the league in David DeCastro.

“I think James Conner is a decent back but the problem with almost all running backs is those guys are a product of their environment more than they’re a product of their own talent. The difference between James Conner or Le’Veon Bell or Saquon Barkley or Zeke Elliott, it’s all the difference between the offensive line and the run blocking in front of them.

So far, through a couple of games, the Steelers offensive line hasn’t been performing great in terms of run blocking. So consequently, James Conner hasn’t had a ton to work with. I think that’s really what we’re talking about here. The Steelers have played a couple of teams, Denver in particular, who did a pretty good job against the run so they just haven’t had the space to work with.”