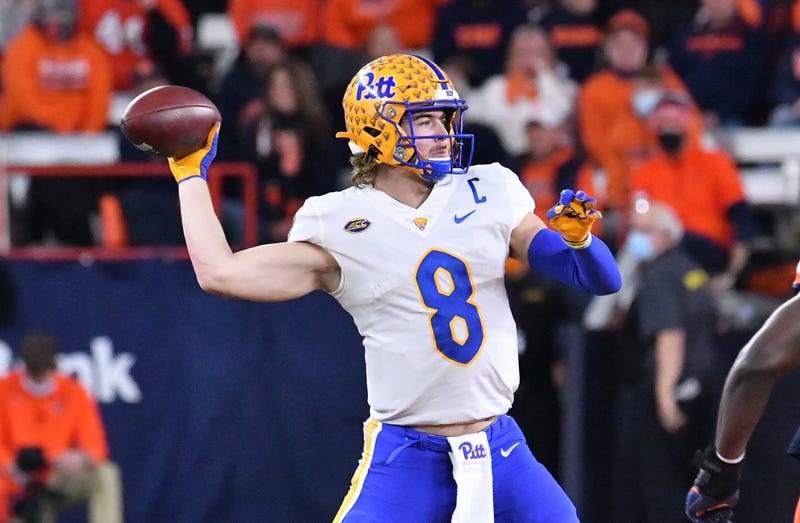 PITTSBURGH (93.7 the Fan) The nominations continue to roll in for University of Pittsburgh football quarterback Kenny Pickett.

The Panthers, led by Pickett, are finishing up one of the best seasons ever completed in the program’s history.

The nominations for Pickett are warranted, and the most recent one is him being one of the five finalists for the Walter Camp Player of the Year Award, as awarded annually by the Walter Camp Football Foundation.

The award is voted on by 130 coaches in the Football Bowl Subdivision and sports information directors.

Kenny Pickett is among five contenders for another major Player of the Year award!#H2P » @WalterCampFF pic.twitter.com/5WJurJAnOH

The winner will be chosen on Thursday, Dec. 9th during the College Football Awards.

Pitt football has had three player previously win the Walter Camp Award; Tony Dorsett in 1976, Hugh Green in 1980, and Larry Fitzgerald in 2003.

This is the fifth national award Pickett has been named a finalist for; The others are Davey O’Brien National Quarterback Award, Johnny Unitas Golden Arm Award, Maxwell Award and Senior CLASS Award.

Not to mention being involved in the Heisman Trophy conversation.