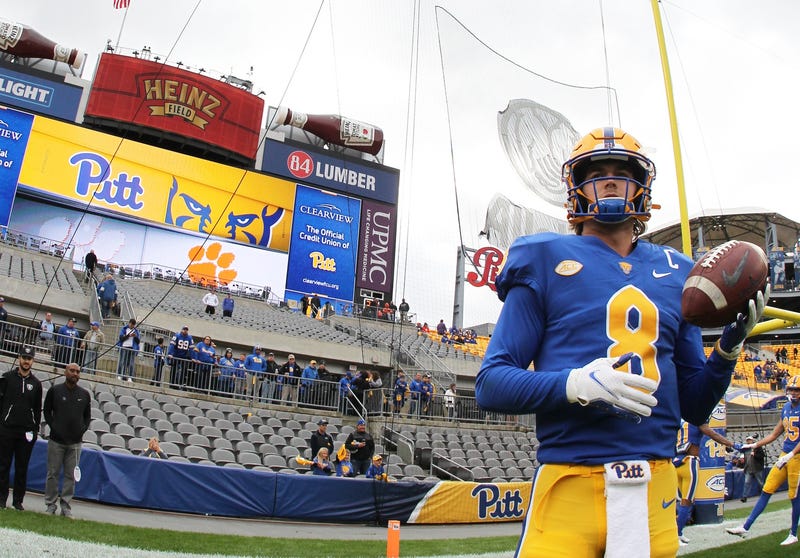 ESPN NFL Draft expert Mel Kiper has a familiar name being picked as the first quarterback to go in 2022…Pitt’s Kenny Pickett.

Pickett, who is coming off another impressive showing against Clemson has gone from a possible 3rd or 4th round pick this pasta draft to maybe a 2nd round pick at the start of this season to possibly being a top 1st round pick next year.

The 23-year-old decided to stay at Pitt after a conversation with Peyton Manning in the offseason and that decision has paid off immensely.

In addition to other deals with his name, image and likeness, Pickett has also teamed up with us at The Fan and was named the stations first-ever “Fan Ambassador.”

Pickett has arguably been the best QB in college football this season, a position that no one expected, making the 2022 draft for quarterbacks still a work in progress, compared to years past when there was a clear favorite like Trevor Lawrence or Joe Burrow.

“He is making a leap not unlike Joe Burrow’s from two seasons ago, after his impressive performance against Clemson, I’m ready to put him on my big board,” said Kiper. “The 5th year senior has been tremendous. . . he’s accurate to all three levels of the field, has shown patience in taking the check down throws and has good zip on his throws.”

He also points out the mobility that Pickett has on the field is another big plus.

Pickett has completed 168 passes so far this season for 2,236 yards and has thrown remarkable 23 touchdowns and only one interception.