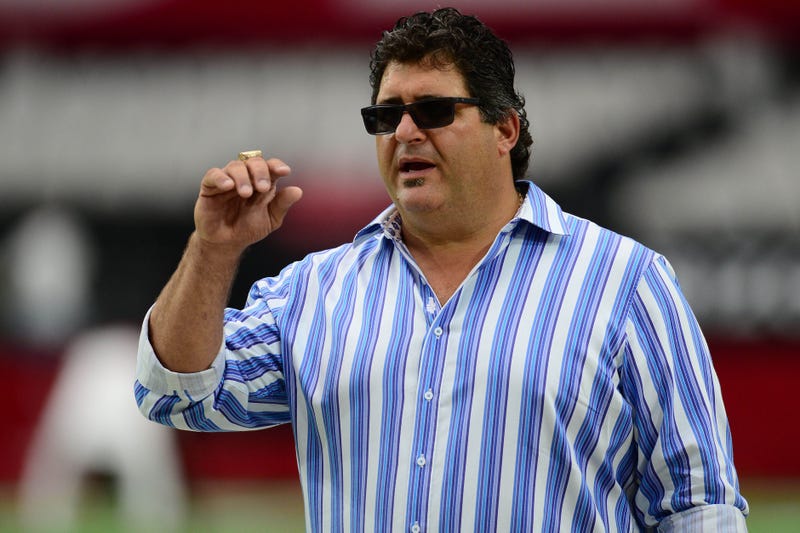 “We lost a good one today.”

Former Pitt defensive lineman Tony Siragusa has died in his sleep this morning. He was 55. A case of death has not been announced.

The Pitt standout was a starter for the Panthers his sophomore and junior seasons, but torn ACL his senior year forced him to miss the entire year.

He was a potential first-round draft pick but went undrafted in 1990 due to concerns over the injury.

“Tony truly was bigger than life, on and off the field,” said Pitt head football coach Pat Narduzzi in a statement. “He played the game passionately and relentlessly. Despite not being drafted, he thrived in the NFL for 12 years. His post-football life took him so many places but he never forgot Pitt. We could always count on him to send the best recorded pep talks to our guys before our biggest games. ‘The Goose’ leaves a great legacy and he will be sorely missed. Our sympathies to his family, many loved ones and former teammates.”

But even though he was undrafted, Siragusa went on to have a solid 12 seasons in the NFL with the Indianapolis Colts and Baltimore, winning a Super Bowl with the Ravens during the 2000 season.

“Goose” appeared in 169 career games in the NFL with 564 total tackles, 22 sacks and nine fumble recoveries.

Siragusa’s larger than life personality was perfect for television.

He was a memorable sideline reporter and analyst during NFL games for Fox Sports.

He also played the character Frankie Cortese in the hit series “The Sopranos.”

The New Jersey native was married with three children.

Social media reacted to the passing of the much-loved player, personality and man.

He had one of the best pre game speeches as a honorary captain before the 2016 Pitt / Penn State game. A true Pitt legend. https://t.co/ULwBoqDD1d

Tony Siragusa was one of those Pitt football heroes of my youth. On that hard as heck turf at Pitt Stadium, along with Spindler and Heyward and Stepnoski and Ricketts and Grossman and Christy — those were the badasses I watched when I was like 11.
RIP to the Goose. pic.twitter.com/RV7aWftZdf

My dad has called Tony Siragusa a friend for 20+ years. My brother and I first met him in 2003 when he gave us the chance to act in a Halloween segment for The NFL Show. I’ll never forget it. RIP Goose 💔 I’m shocked & heartbroken for his family. Please keep them in your prayers. pic.twitter.com/ywr7PL6PYD

The Goose. Always bigger than life on and off the field. Forever a Pitt Man and never forgotten. pic.twitter.com/1J1P2YBcbd