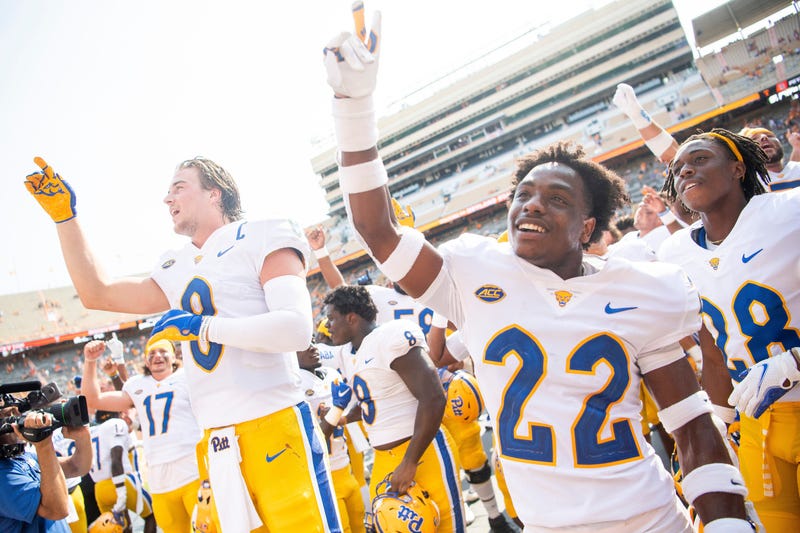 PITTSBURGH (93.7 The Fan) – Pat Narduzzi said it’s never easy to get the team prepared after a game like the emotional win at Tennessee. He believes his team locked in for a potential MAC trap Saturday at noon.

“We better be ready,” Narduzzi said.

The Broncos went 4-2 in only a MAC schedule last year averaging 41.7 points per game.  Much like Pitt, they have a veteran quarterback returning.  Kaleb Eleby threw 18 touchdown passes to two interceptions averaging 285.8 yards in 2020.  He ranked third in FBS in passer rating, behind only first round picks Mac Jones and Zach Wilson.

“I think he’s a talented kid,” Narduzzi said.  “He’s not a scrambler like we faced last week.  He’s a kid that knows what to do with the ball.  He’s smart.  He’s a Tim Lester-type quarterback.”

Lester would be a great role model.  As a player at Western Michigan, he threw for 11,299 yards and 87 touchdown passes.  Lester set 17 school and eight MAC passing records.

Narduzzi thought so much of Lester he interviewed him to be his offensive coordinator in 2017.  Lester would take the job at Western Michigan and is 25-21, never having a losing conference season.  Lester previously the offen