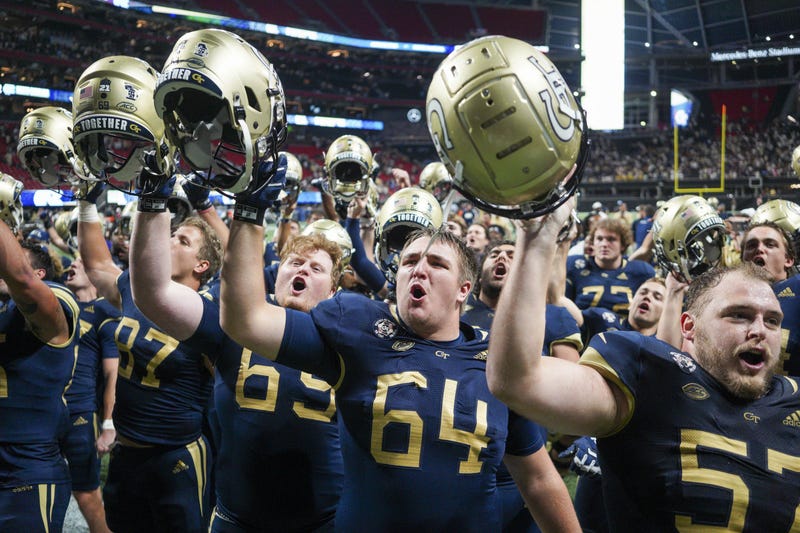 PITTSBURGH (93.7 The Fan) – The preseason is over. An opening line from Pitt head coach Pat Narduzzi Monday, technically the non-conference season, but you get the point.

Pitt opens ACC play at a Georgia Tech team coming off a 23-point upset win over North Carolina and the week before a yard away from overtime with Clemson.

“They have played well in every game this year,” Narduzzi said Monday.  “Got beaten in the opener to a MAC team. We know that feeling. Northern Illinois is a good football team, and they learned their lesson from that and beat a Kennesaw State option team early and then played their hearts out against Clemson.”

“We know Clemson is still a good football team. I don't think anything's changed there but I see a much improved Georgia Tech football team and obviously they did a heck of a job. They played a lot of motion in the dome down there in Atlanta and knocked off a ranked North Carolina football team. So we'll have our hands full for the third time when we go down there again to Atlanta, and our guys have got to be prepared not only mentally and physically, and look forward to having a great week of practice.”

Not third time overall, but third consecutive time Pitt has played the Yellow Jackets in Atlanta.  Looking for a third consecutive win in Georgia and fourth overall against GT.  It was the season finale last year and Vincent Davis rushed for 247 yards including a 38-yard touchdown run to seal a 34-20 win.

“Defensively Georgia Tech has changed their scheme a little bit,” Narduzzi said. “They came out in four-down against Northern Illinois.  I think they surprised Clemson with some of the three-down stacked defense they had and came out and did the same thing against North Carolina. I'm not sure if North Carolina knew what they are doing, but very multiple in what they are doing. A lot of blitzes.”

“Their linebackers are really good.
Their D-Line does a great job of penetrating. They are not huge up front, but they are athletic, and physical and tough and they play with a lost effort like we try to do here at Pitt.  Defensively they got after that North Carolina offense and they made enough plays on offense.  They run the ball well on offense and they ran the ball well against North Carolina.”

Georgia Tech junior linebacker Charlie Thomas has a pair of sacks, pair of picks, 6.5 tackles for loss and makes 8 stops a game this season.  His partner, Quez Jackson, is sixth in the ACC with 8.5 tackles per game, a pair of fumbles recovered and also has a sack.  Sophomore defensive lineman Jordan Domineck forced three fumbles.

Tied with Alabama and top 12 in the nation with a plus five turnover margin.  Georgia Tech has allowed just eight red zo