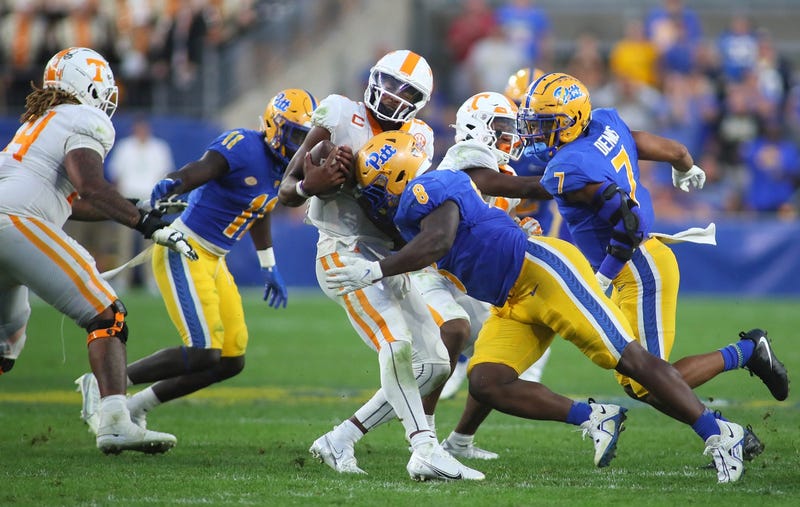 PITTSBURGH (93.7 The Fan) – Over the last nine seasons, it seems every Pitt defensive lineman having a great season gets compared to Aaron Donald. Understandable because of Donald’s success, incredibly unfair as well. Now a Panthers defender is a finalist for a pair of awards Donald won.

Calijah Kancey has the physical qualities of Donald at 6’, 280 pounds and a player opposing teams are committing multiple players to slow down. The senior now joins Donald as the last Pitt finalist for the Outland Trophy.  The NFL great won the award in 2013, Kancey is joined by Michigan’s Olusegun Oluwatimi and Northwestern’s Peter Skoronski to determine the best interior lineman in FBS football.

In 11 games this season, Kancey has 14.5 tackles for loss, 7.5 sacks, 10 quarterback hurries from the inside. Against Syracuse and Virginia, he combined for six tackles for loss and 4.5 sacks.

Kancey is also a finalist for the Bronko Nagurski Trophy going to the national defensive player of the year.