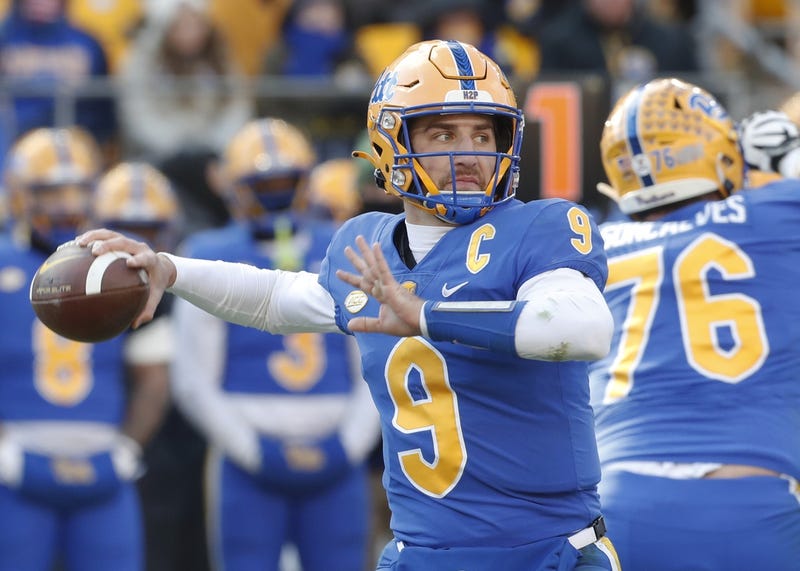 According to a report, after only one season at the University of Pittsburgh, quarterback Kedon Slovis will enter the NCAA transfer portal.

He had a successful freshman season going 7-2 with 282 passes for 3,502 yards with 30 touchdowns and nine interceptions.

The Scottsdale, Arizona native completed 184 of 315 passes for the Panthers this past season with 2,397 yards, 10 touchdowns and nine interceptions.

The Panthers went 8-4 this season with Slovis as the starting quarterback, taking over for Kenny Pickett, who was drafted by the Steelers.

Pitt defensive back Marquis Williams was seemingly surprised by the report, saying on Twitter, “As a team captain, you suppose to talk to your boys first before anything, wasn’t no love at all!”

As a team captain, you suppose to talk to your boys first before anything , wasn’t no love at all!

The news of Slovis transferring has many speculating that former Pine-Richland quarterback Phil Jurkovec, transferring out of Boston College, will come to Pitt.

This comes after Post-Gazette High School reporter Mike White said that “has an interest in possibly coming to Pitt.”

But White adds that several other schools have also made contact with him.

About to make magic together. pic.twitter.com/d4rCV1DYWK

The Kedon Slovis news all but confirms Phil Jurkovec will end up at Pitt.