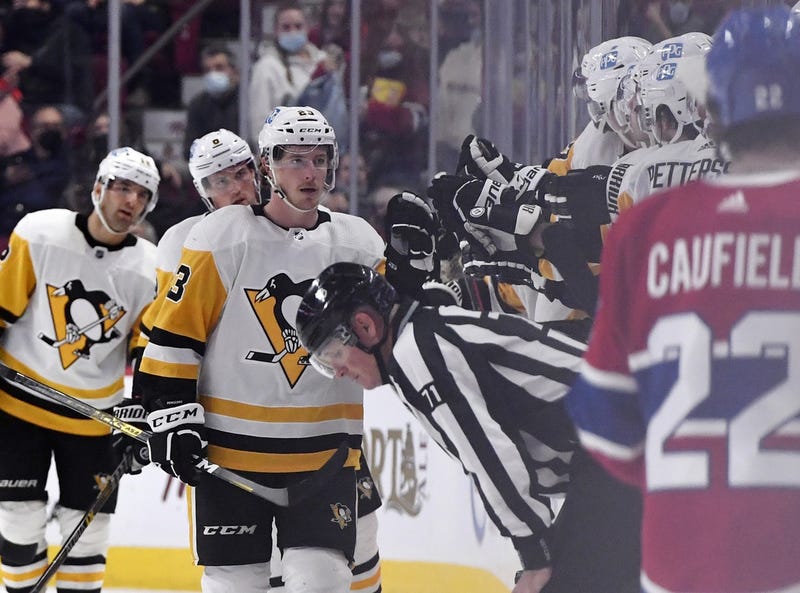 Not long after losing the pesky Branden Tanev to Seattle in the expansion draft, the Penguins signed veteran winger Brock McGinn in free agency with the idea that he could, maybe not replace Tanev, but serve as a reasonable facsimile. So far, so good.

McGinn and Tanev are not the exact same player - McGinn is nowhere near the pest that Tanev is, for example – but when it comes to filling a 3rd/4th line role and killing penalties McGinn has fit in nicely.

Like many of you, I’d have preferred that the Pens had found a way to keep Tanev – who does have 7 goals already for the Kracken – but McGinn is rather quietly doing just what he came to Pittsburgh to do.

McGinn is one of only 7 Penguins to appear in all 18 games and while his offensive numbers are not eye-popping, his 4 goals and 7 points are on pace for what would be a career-high 18 goals and 32 points. His 15:24 minutes per game is career high.

“It’s nice obviously,” McGinn was saying after Wednesday’s morning skate, “you want to play as much as you can but I just wanted to come here and play the same style I played in Carolina and not veer too far away from what I’m known for. Getting those extra minutes is building my confidence and it’s a lot of fun.”

McGinn is also a big part of a confident Pens’ penalty-killing unit, currently tops in the NHL at just under 90 percent. “I just think we’re really bearing down,” McGinn says. “We’re communicating really well out there and have a really good focus on (our) systems and what their team is looking for offensively. We’re just really dialed in right now and when we pressure the puck up and don’t give them those easy entries it takes time off the clock for their power play.

McGinn has settled in comfortably on Teddy Blueger’s line and if they continue to mesh, Mike Sullivan should be inclined to keep them together.

The Penguins are looking for their fourth straight win tonight against Vancouver, 7:08 at PPG Paints Arena.

No one asked Sullivan this morning, probably because it’s a safe assumption that he will continue to ride the hot Tristan Jarry in goal.